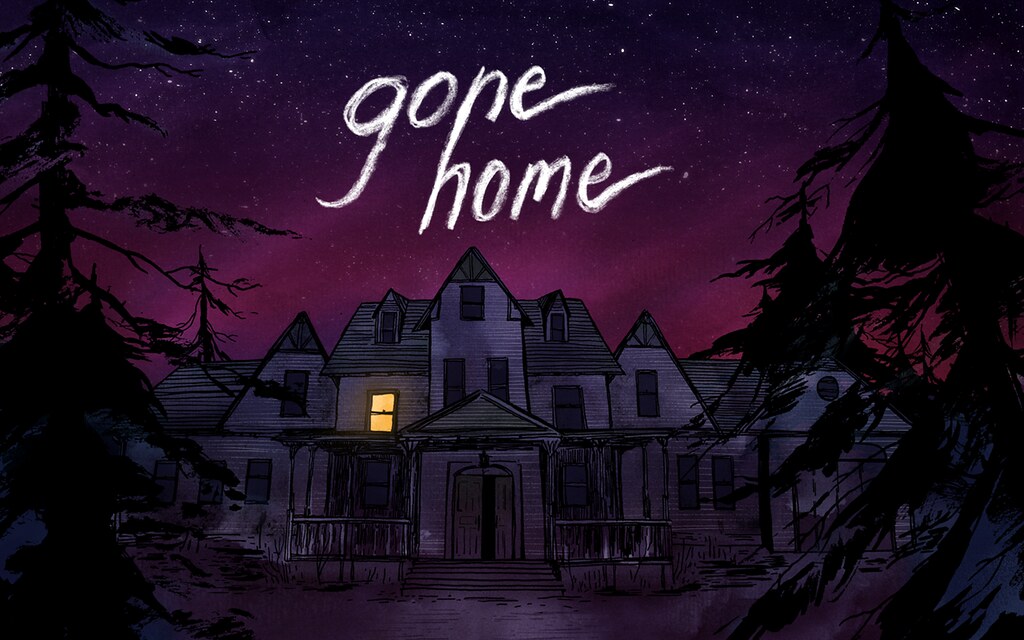 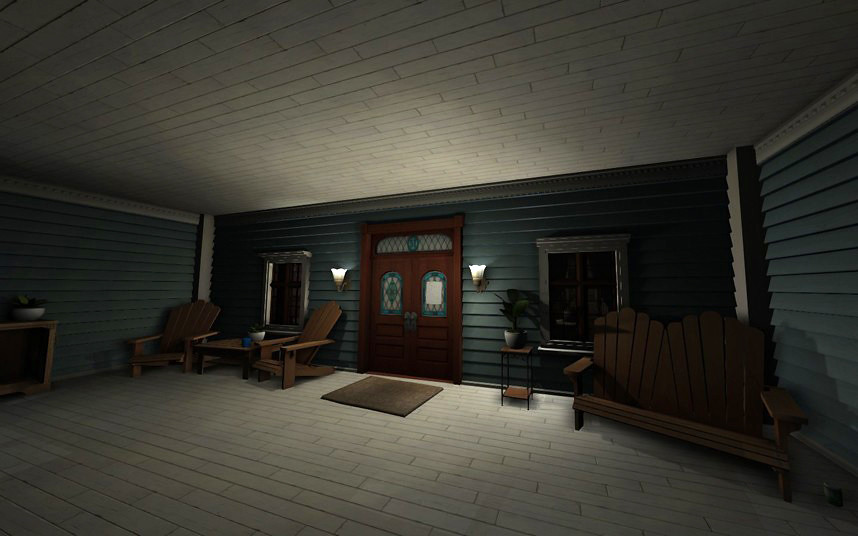 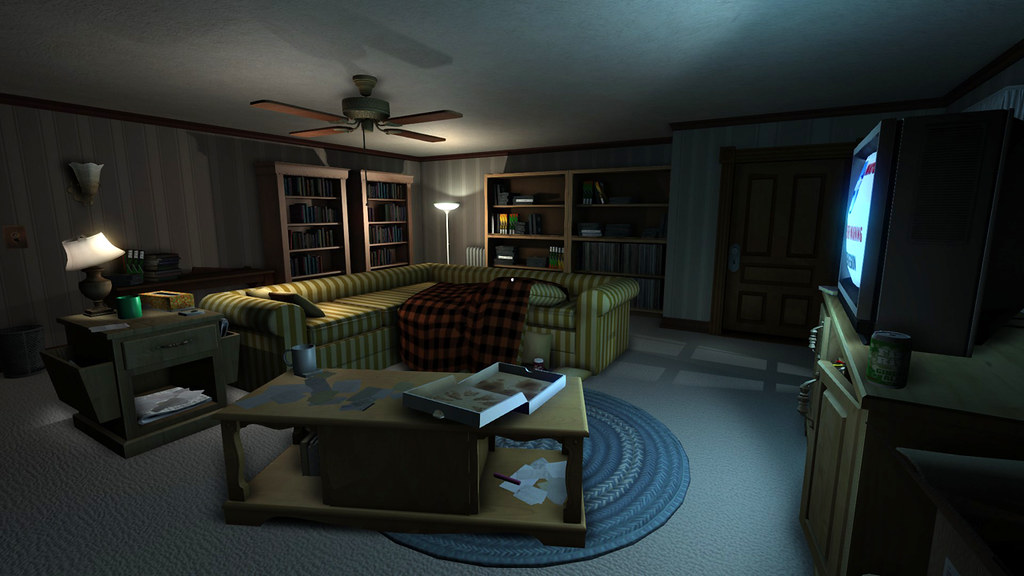 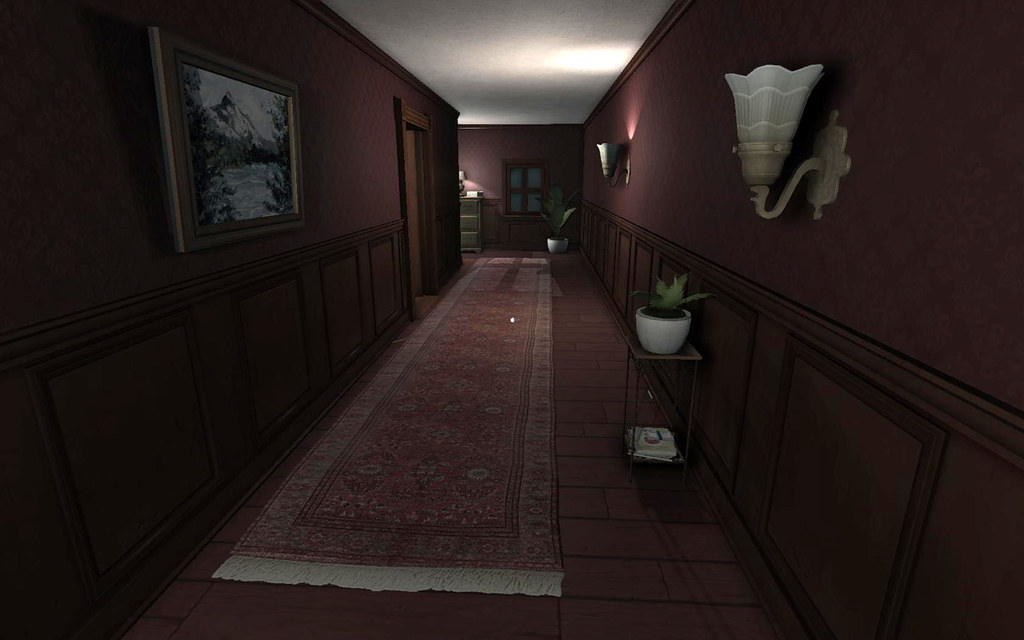 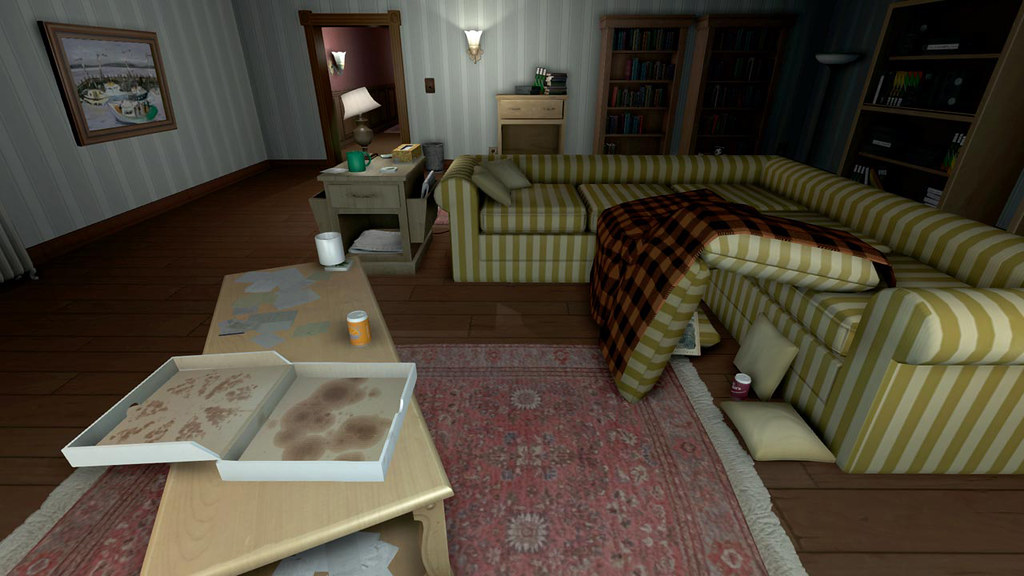 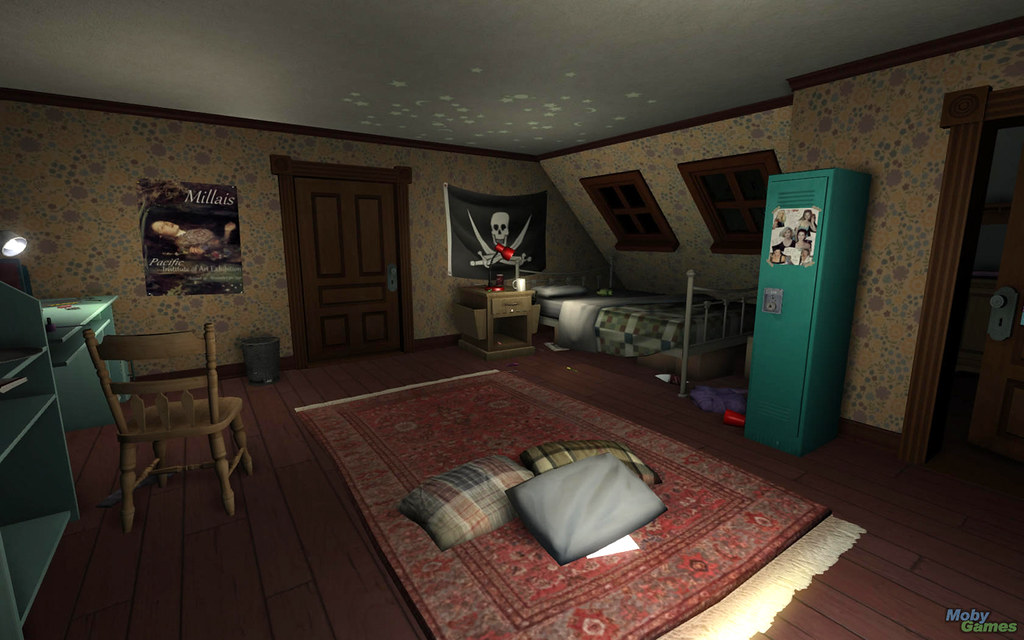 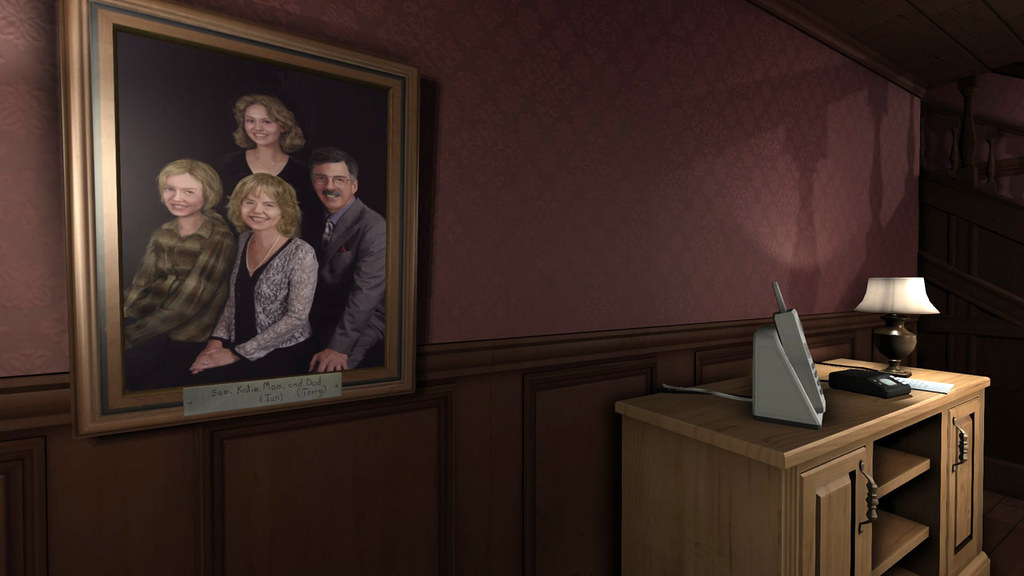 On the night of June 7th 1995, Kaitlin Greenbriar returns home to her parent’s mansion in Oregon after a year abroad. She’s greeted by a note on the front door from her sister Samantha asking her not to look for answers to where she is. As she enters the house, Kaitlin soon realizes no one is home, and she begins to investigate the house and it’s belongings to find where her family has gone.

The player assumes the role of Kaitlin in the first-person, guiding her through exploration of objects around the house, piecing together the story and gaining insight into her family and their experiences during the time she’s been away. Nostalgic memorabilia and themes from the nineties are prevalent, with some of my favorites like Super Nintendo cartridges and the X-Files, bringing back fond memories to those who, like myself, grew up during that time period. Additional clues can be found which explain the background of Kaitlin’s great uncle Oscar Masan, the previous owner of the house and target of social stigma within the community.

Though this game is based solely on exploration and discovery, with no threat to the player’s safety, I couldn’t help but feel the atmosphere was subtly ominous. Alone in a large old house in the middle of the night with a storm raging all around, I couldn’t help but feel a little anxious as I tiptoed around investigating. Some discoveries played with my imagination, leading me to believe sinister things may have happened or that there is or may be a presence in the house.

On the contrary, once I realized there was no real threat to Kaitlin’s safety, I was able to relax and enjoy this game for all it represents thematically and structurally. I was pleasantly surprised by the realism and family dynamics. Fullbright, a modest company of four persons, tastefully created one of the most ingenious storytelling games of our time through exploration, examination of objects and literary story elements. Interactive story adventures such as Gone Home are a quintessential genre for any gamer looking to relax and explore the elements and environment within a game without the menace of combat.

I love this child! She loves going outside and picking flowers so much! I’ve put in a request with the Easter 🐰 for a flower press so we can save some of them and make some neat crafts!
Game #7 of 2022 is Until Dawn! I’m still chipping away at Elden Ring, but I need a break from time to time, so insert Until Dawn! I’m usually not in to horror games, but this was really good! I succeeded in getting everyone to survive the night!
Book #7 of 2022 is American Demon by Kim Harrison!
Game #6 of 2022 is Elden Ring! This is my first game of this type; I can’t say I hate it and I can’t say I love it. It is beautiful, yet grotesque. It’s mind-numbingly frustrating one moment, then intensely gratifying the next. I am conflicted, but I keep going back for more!
Game #5 of 2022 was Horizon: Forbidden West! I’ve been so quiet because I’ve been playing this in most of my spare time! There’s a lot to it and I definitely haven’t finished collecting everything, but I finished the main story and I loved it!
Book #6 of 2022 is Battleground by Jim Butcher!
Game #4 of 2022 is Assassin’s Creed: Black Flag! I keep hoping I’ll find an Assassin’s Creed game that pulls me in immediately and gets me excited to play, but this has not. There are still positive aspects though, and I’ll find them!
Never-before-seen Movie #3 of 2022 is Ghostbusters: Afterlife! Cameron and I liked it a lot! It complements the originals and paid, what I thought, was a very touching tribute to Harold Ramis.
Game #3 of 2022 is Spiritfarer! This game is as beautiful as it is heartfelt!  Stella and her cat Daffodil travel a vast ocean in an upgradable ship, picking up lost spirits and helping them find peace.