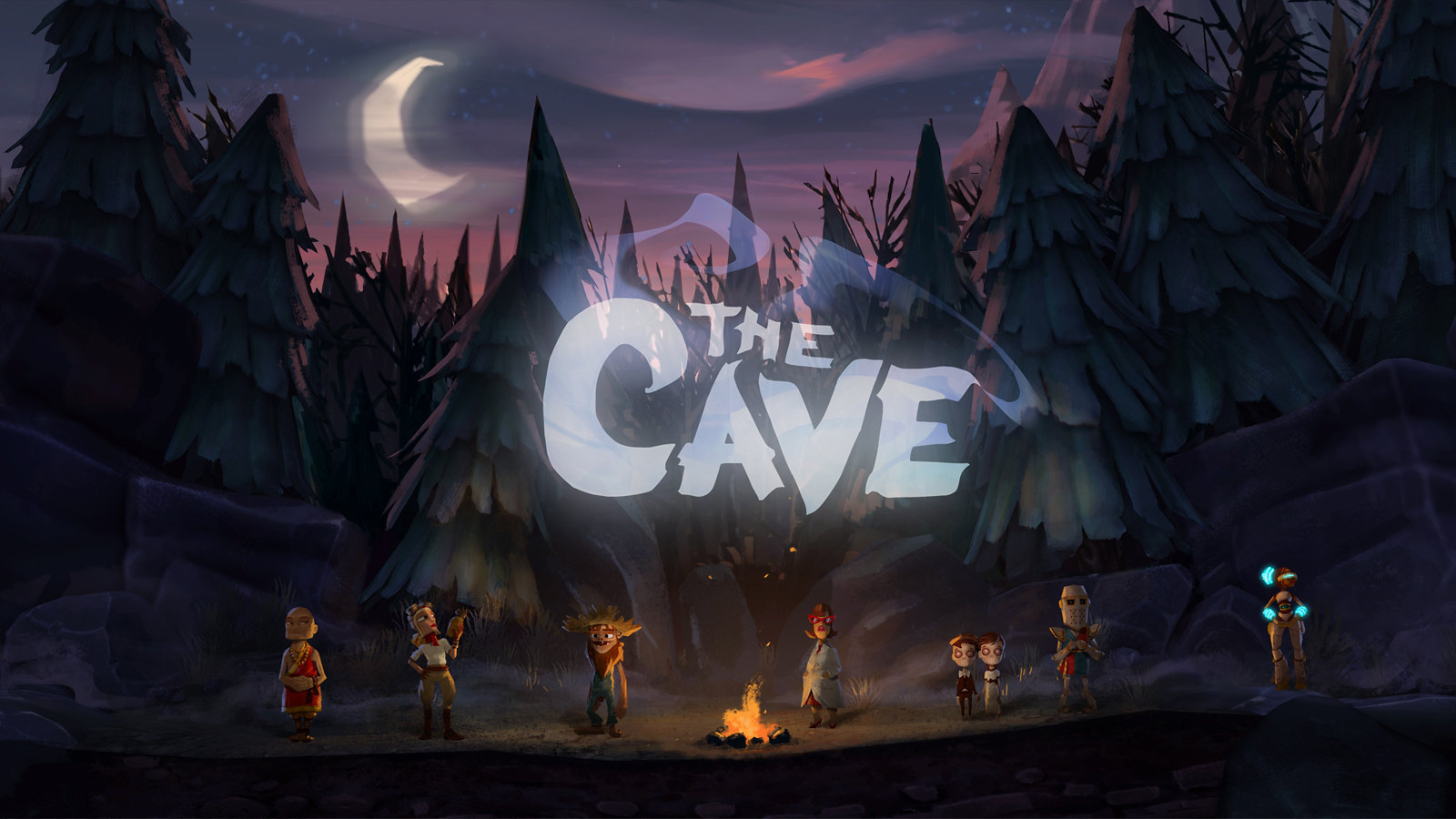 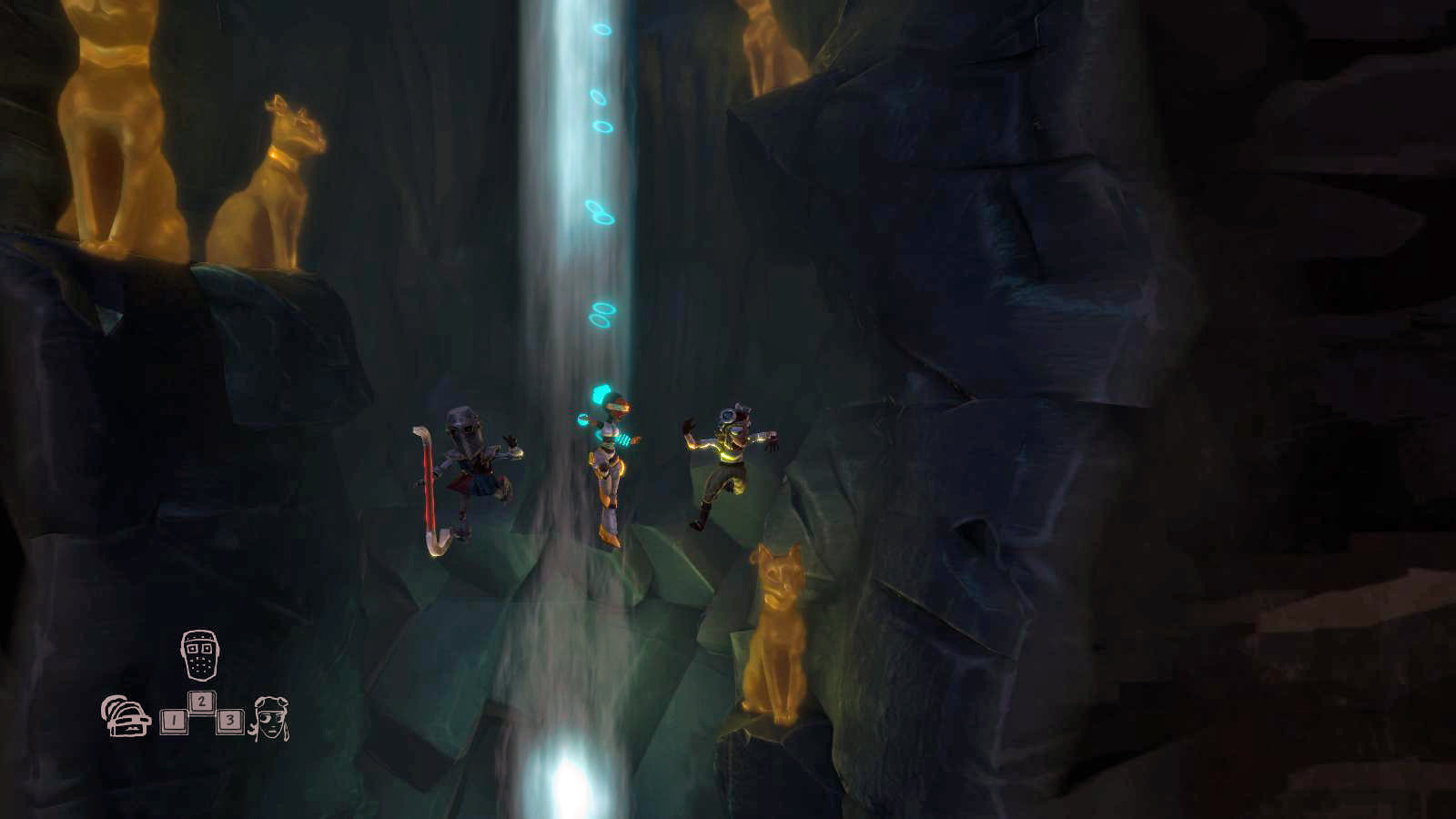 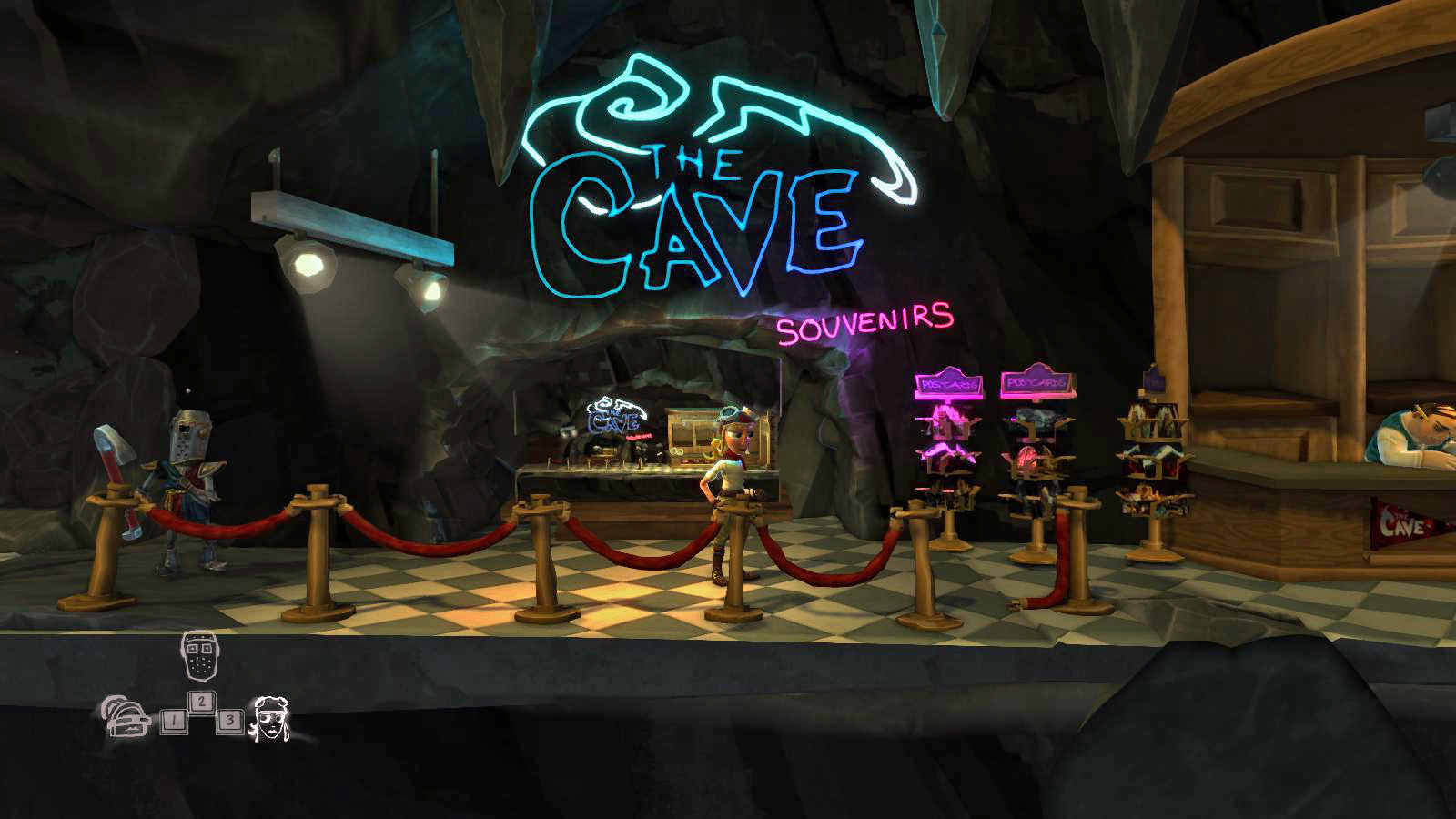 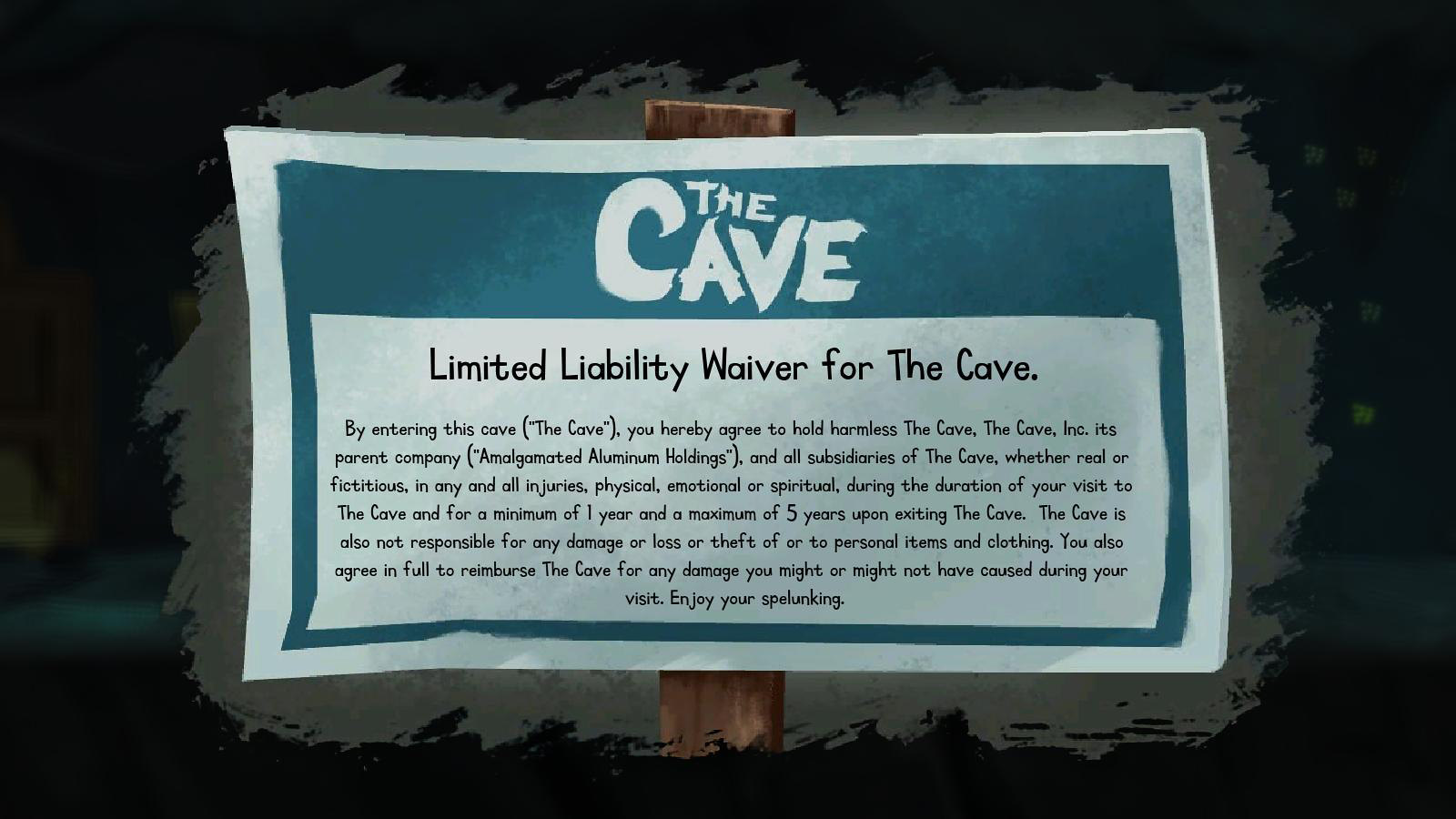 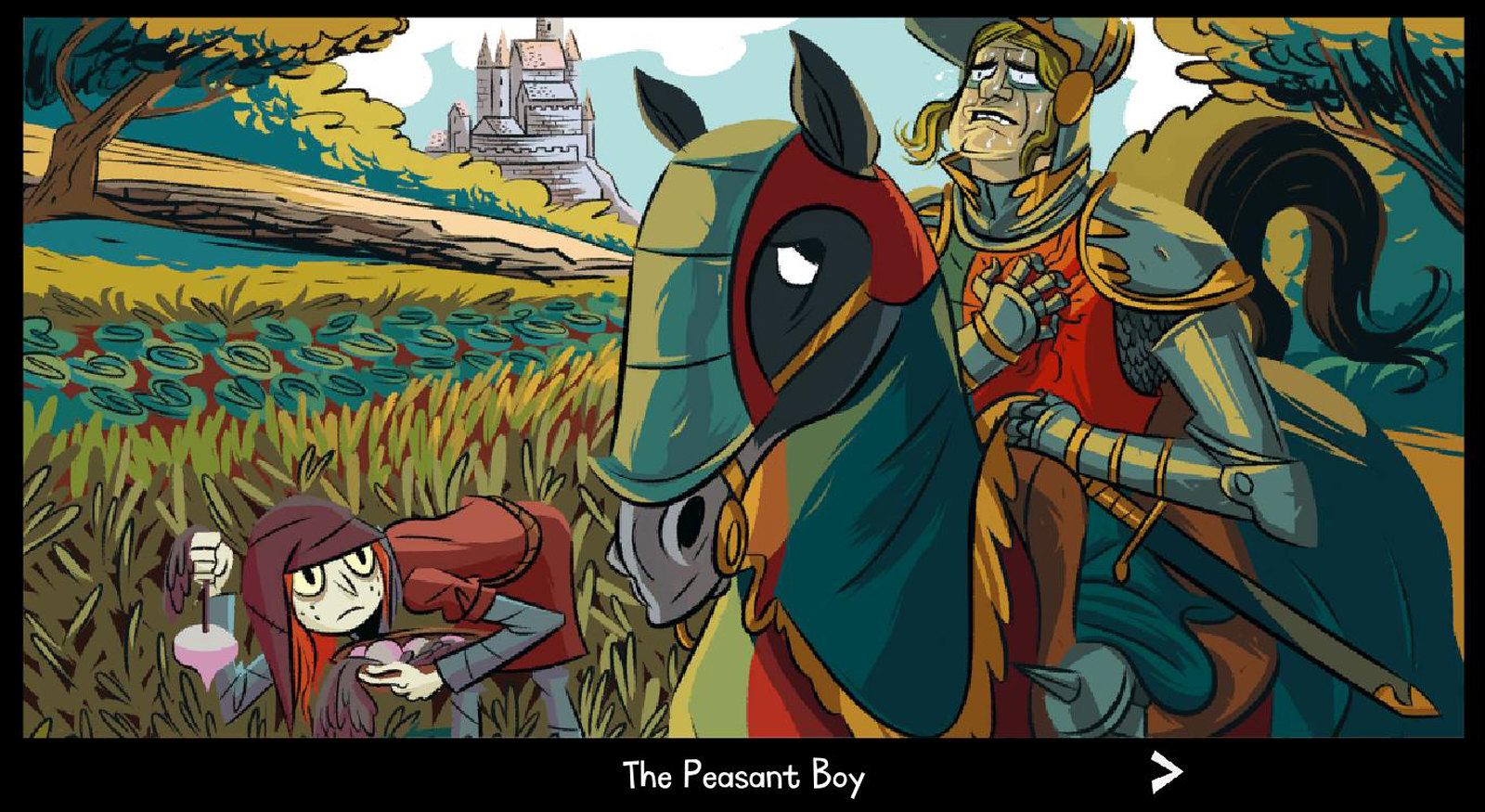 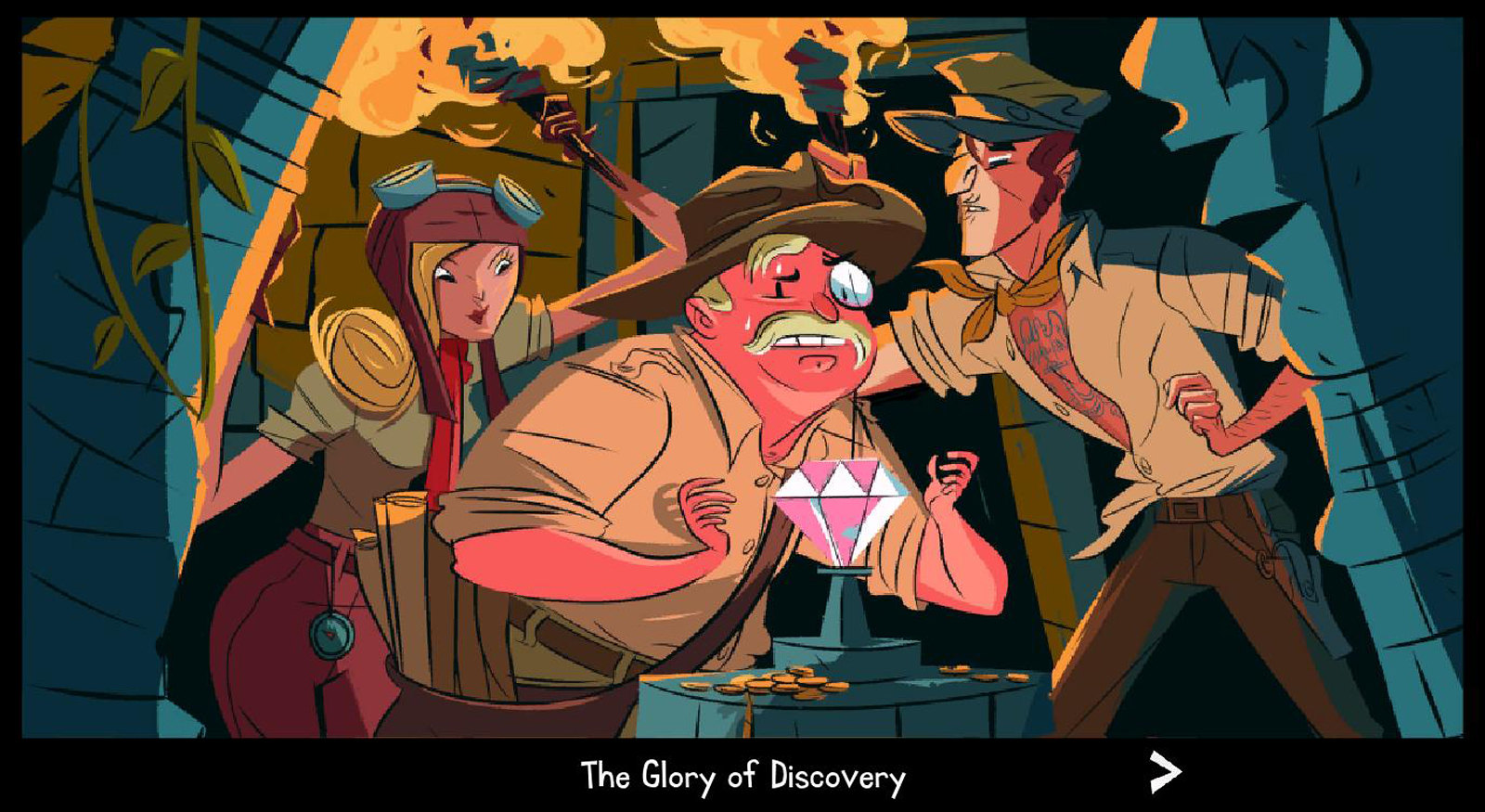 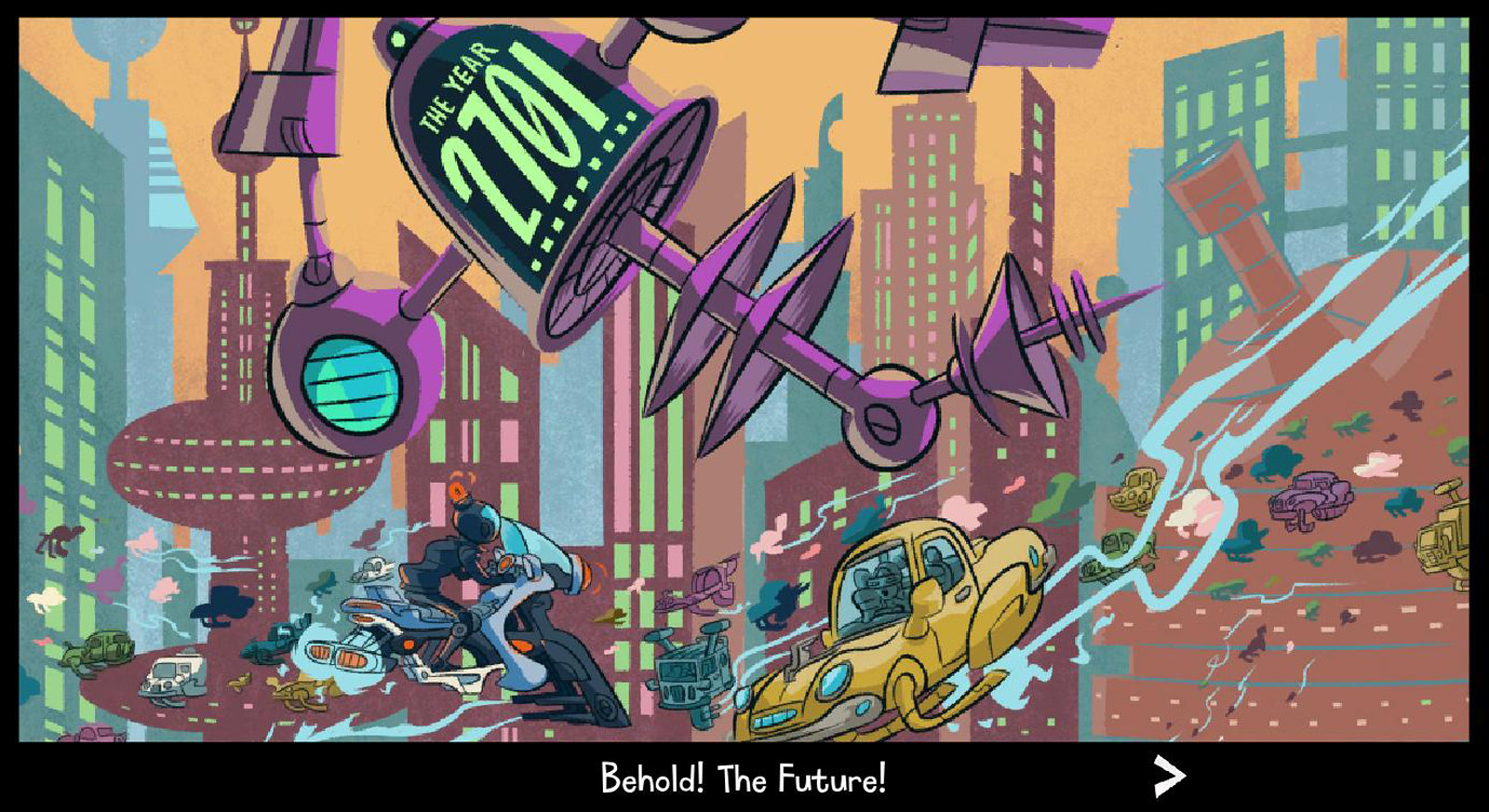 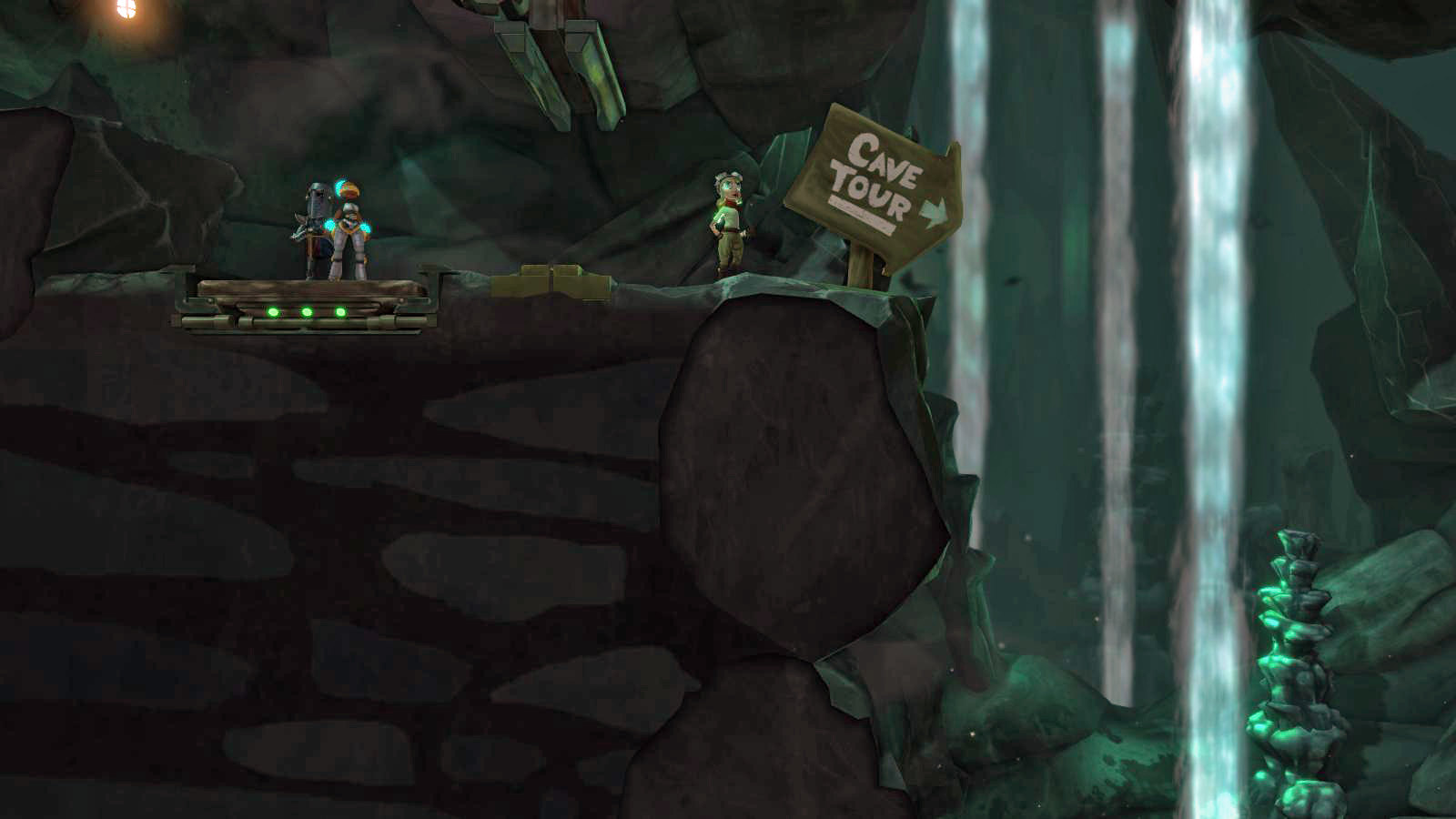 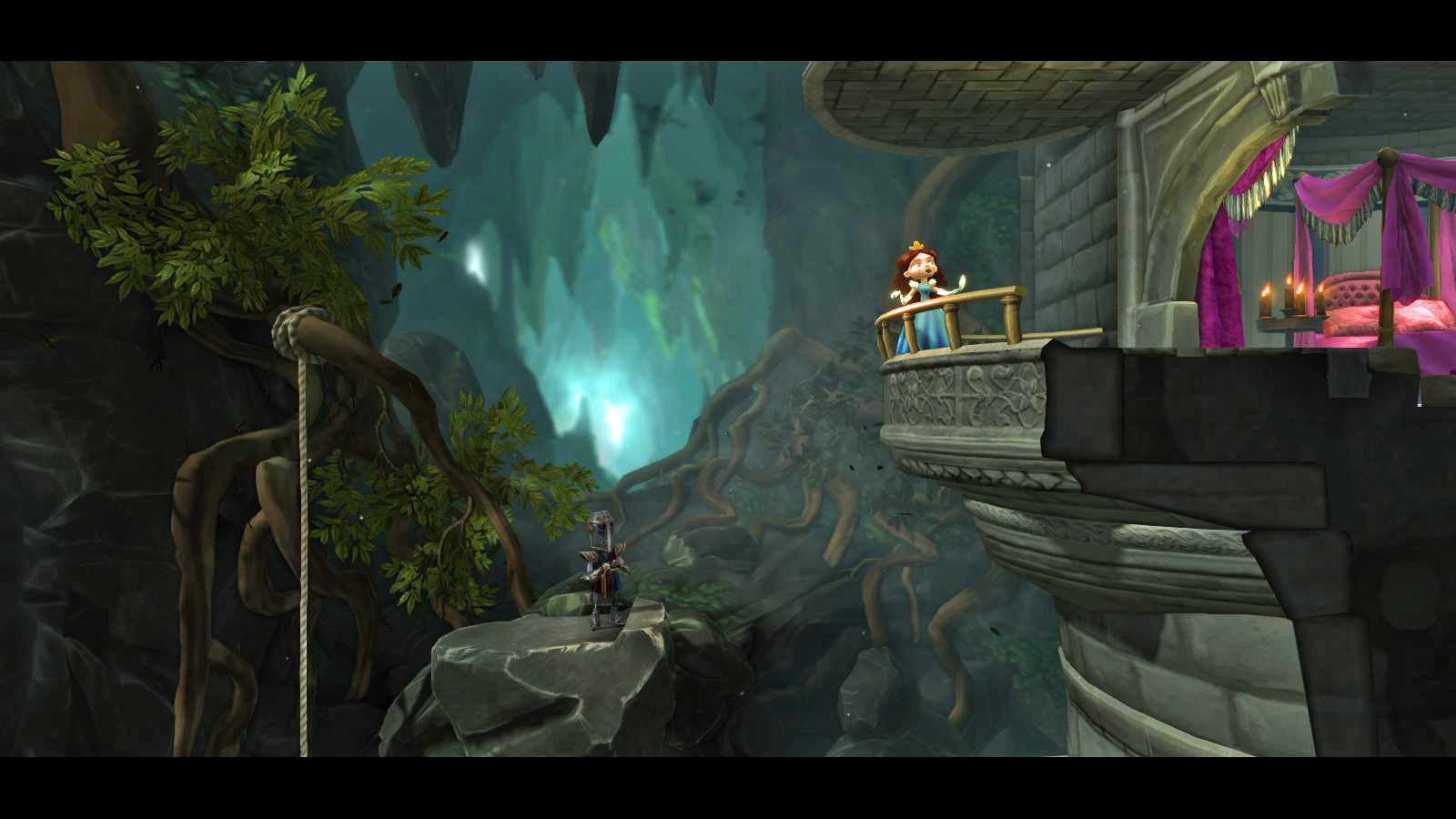 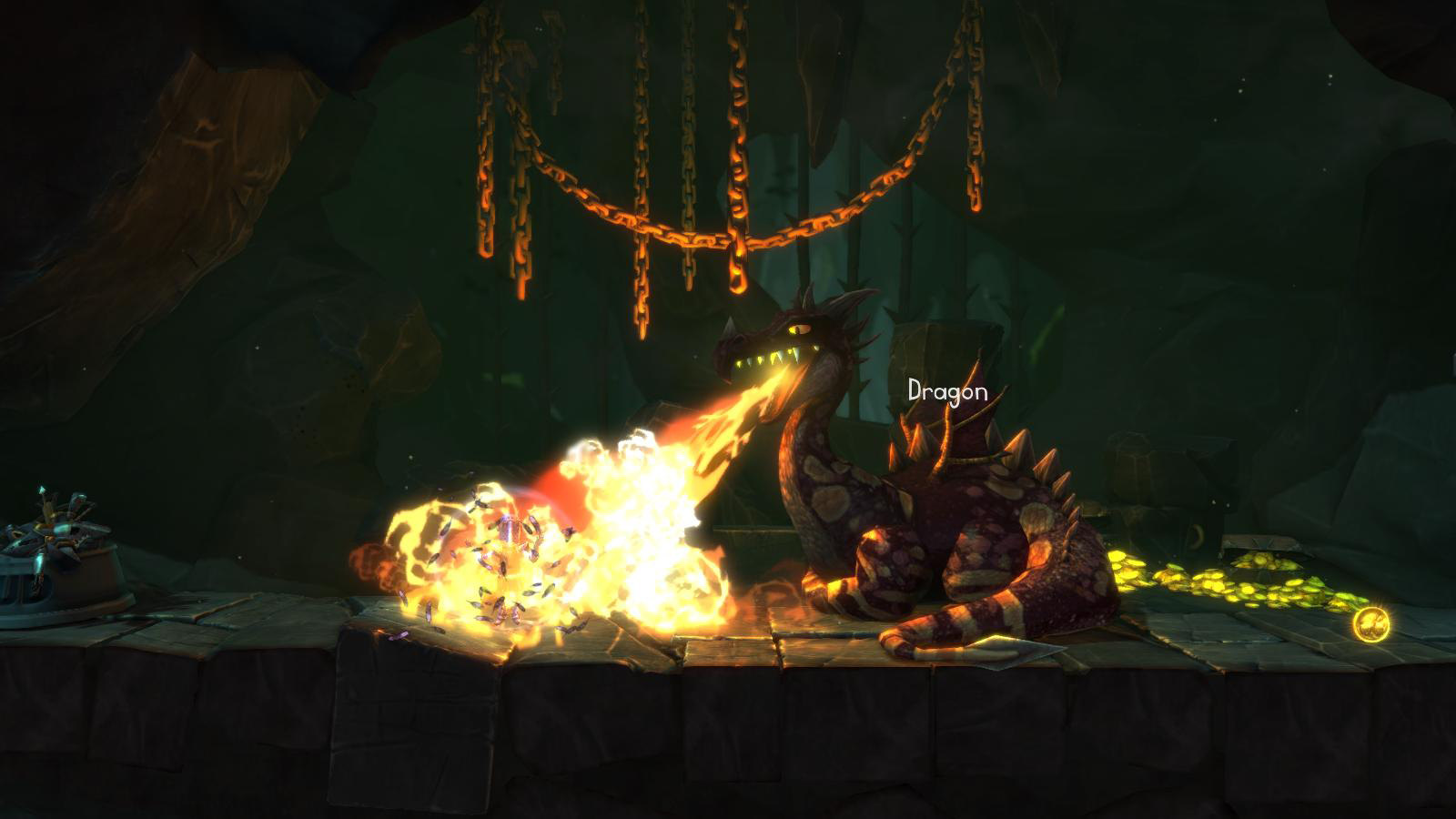 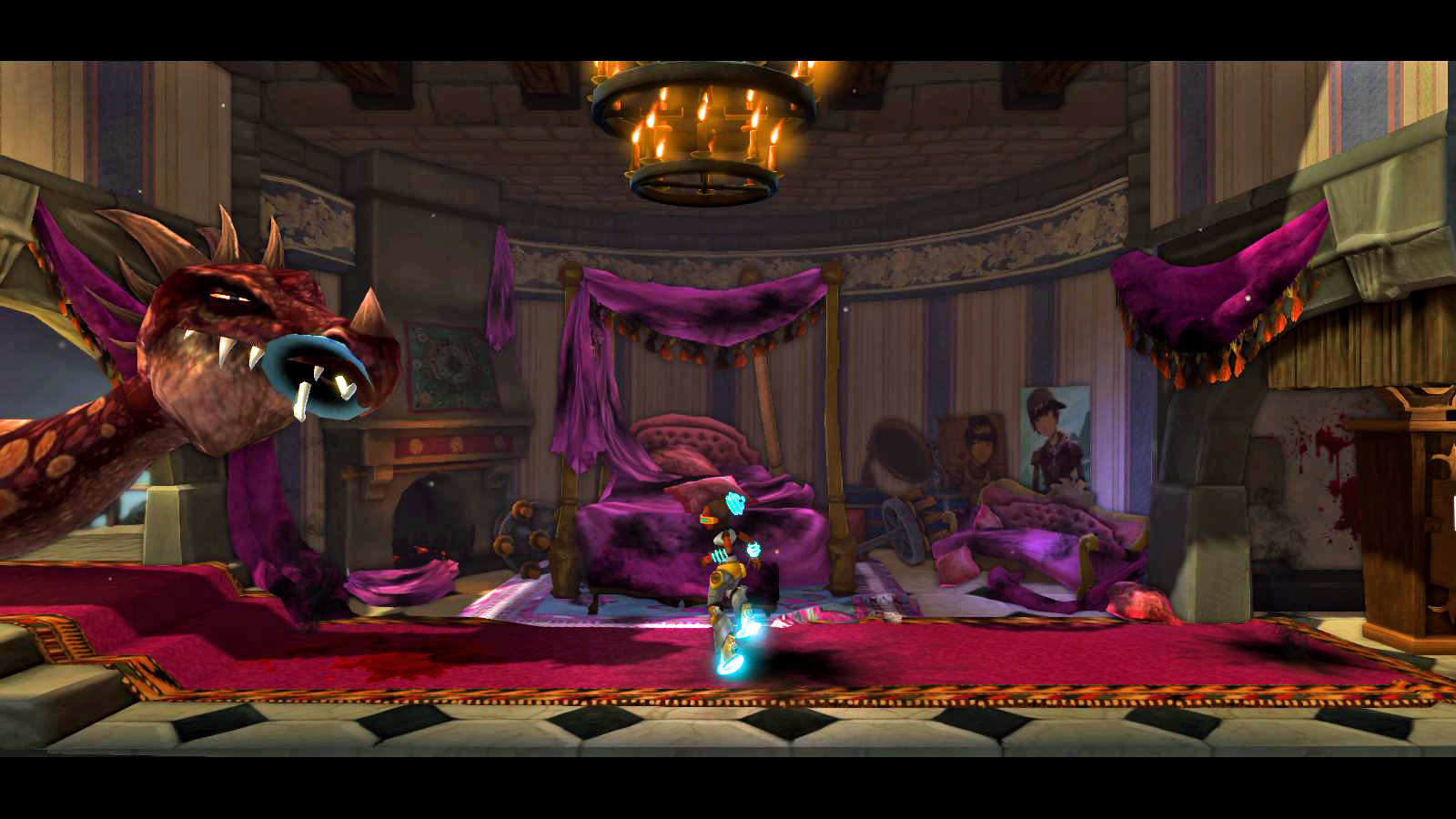 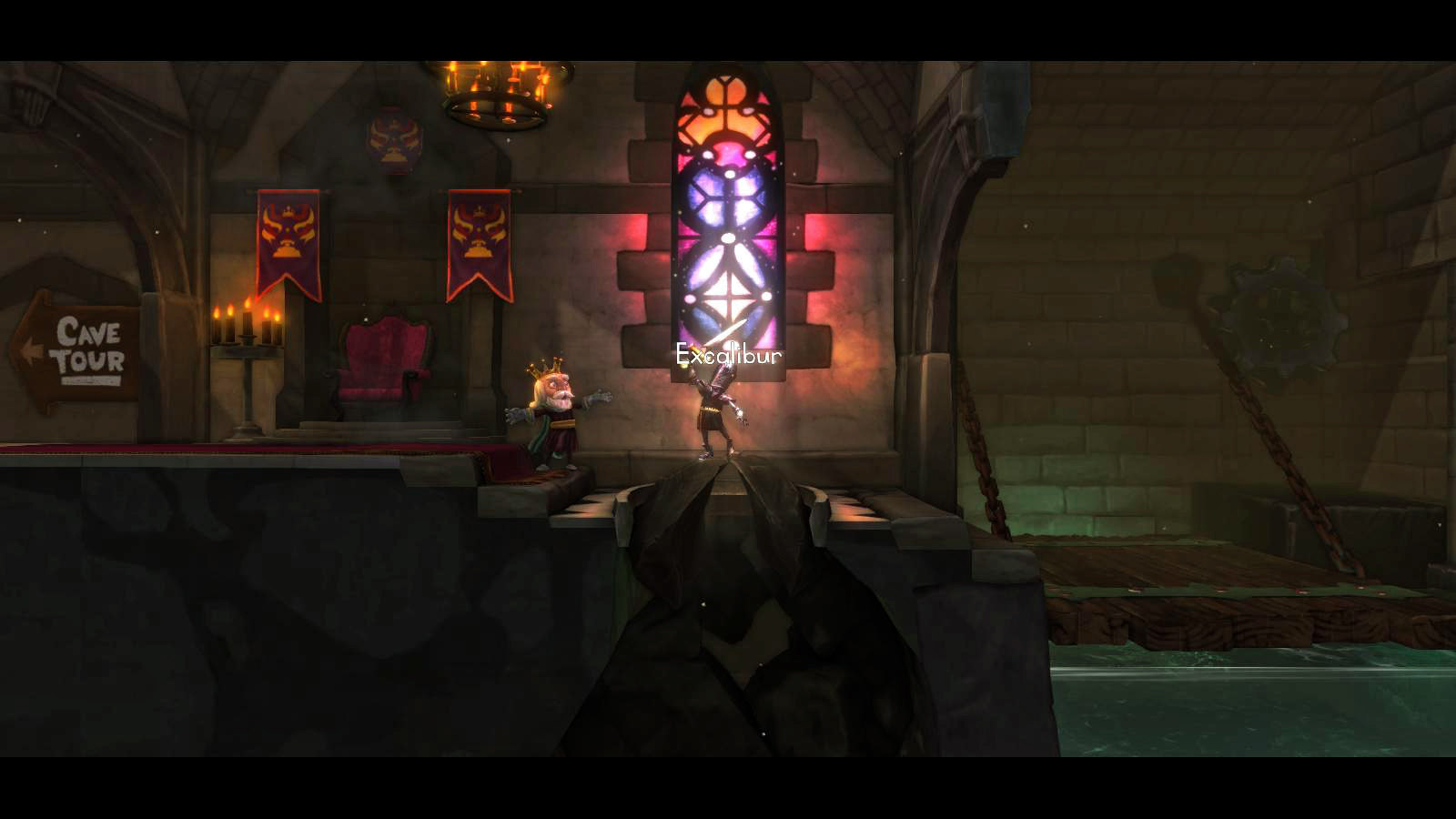 The cognizant Cave, voiced by Stephen Stanton, is a magical labyrinthine of tunnels that lures individuals within to explore their darker personalities. Seven unique strangers, each harboring their own dark secret, have been drawn to the Cave from across time and space to learn the truth about themselves and gain insight of who they may become.

The player initially selects three different characters from a cast of seven stereotypical figures to explore the Cave: The Adventurer, the Hillbilly, the Knight, the Monk, the Scientist, the Time-traveller, and the Twins (acting as one character). Once chosen, these three characters will be your explorers for the remainder of the game; players can restart a new game to select a different trio of characters.

The majority of this game’s puzzles require the three characters to work in coordination to complete, the player switching between them to activate multiple parts of a puzzle; an example of this would be opening a door by maneuvering two characters into holding levers, while the third character passes through the open door to pull another lever, permanently opening the door and allowing the other characters to pass through. Each character also has a unique ability to aid in navigating the cave tunnels; for example, the adventurer is able to swing herself across gaps with a rope, while the time traveller can phase shift a short distance to pass through barriers. Some puzzles are specific to the unique abilities of a character, leaving some areas inaccessible if the appropriate characters aren’t chosen at the start; the Cave can only be fully explored through at least three replays, if not more.

In addition, some areas of the Cave are accessible only if one a specific characters is in your party; such as the knight finding a castle or the adventurer discovering a tomb, these areas represent the deep desires and dark aspects of a character that lured him or her to the Cave in the first place. Throughout the game there there are iconographs emblazoned on the walls of the cave for each of the three characters, which the player will need to get near to activate; these provide one of several still art images that reveal the character’s (usually morbid) back-story.

The Cave is witty and quite fun to play through at least once, if not more. The first time I played, I selected the Adventurer, the Knight and the Time-traveller and I couldn’t have asked for a greater combination. Their storylines were morbid, yet entertaining and between their unique abilities, I was able to explore a great deal of the Cave’s tunnels. I did start over with three new characters, but I soon realized a great deal of the cave was redundant and I had no true desire to replay the whole game again just to discover other characters’ backstories.