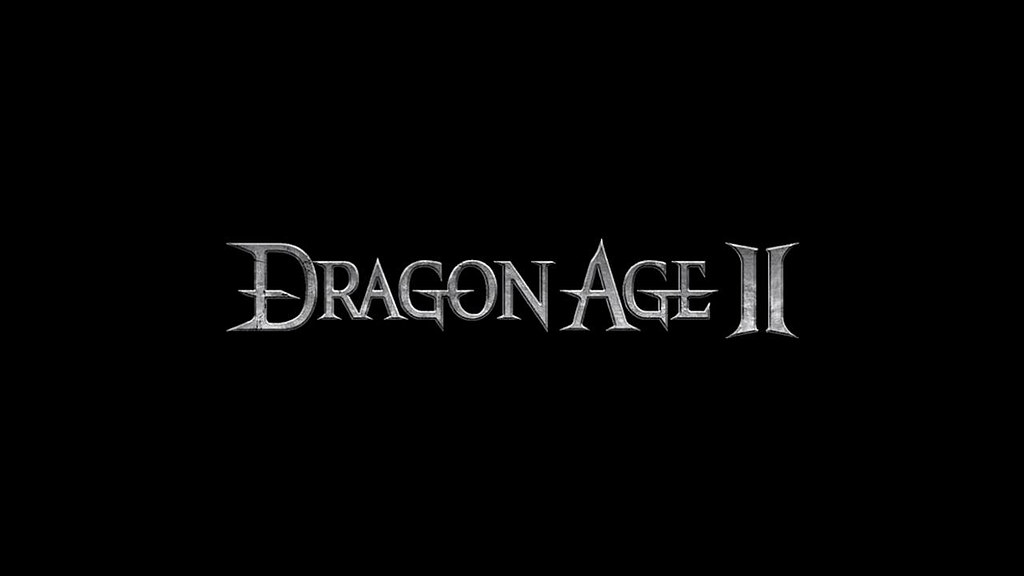 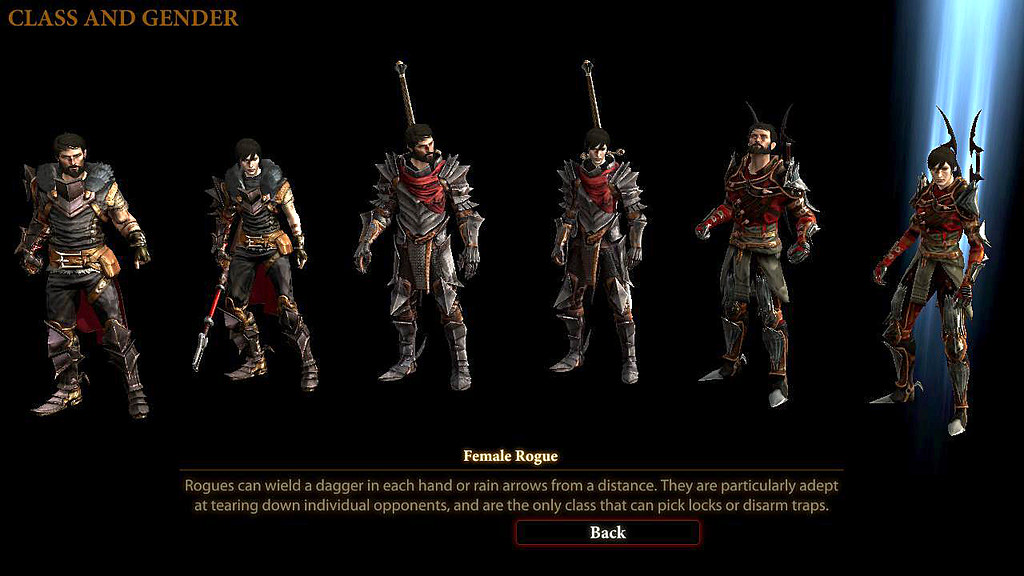 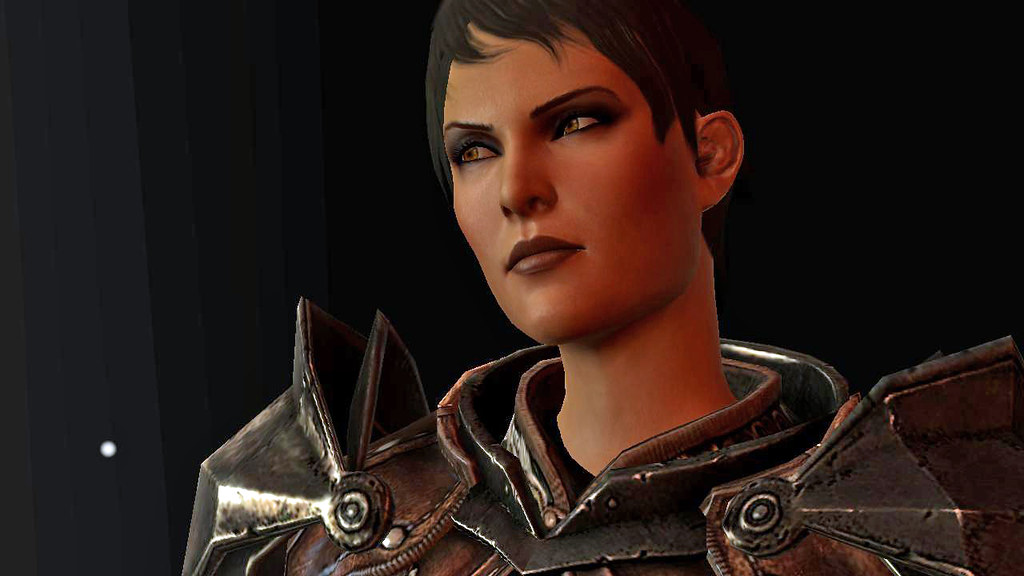 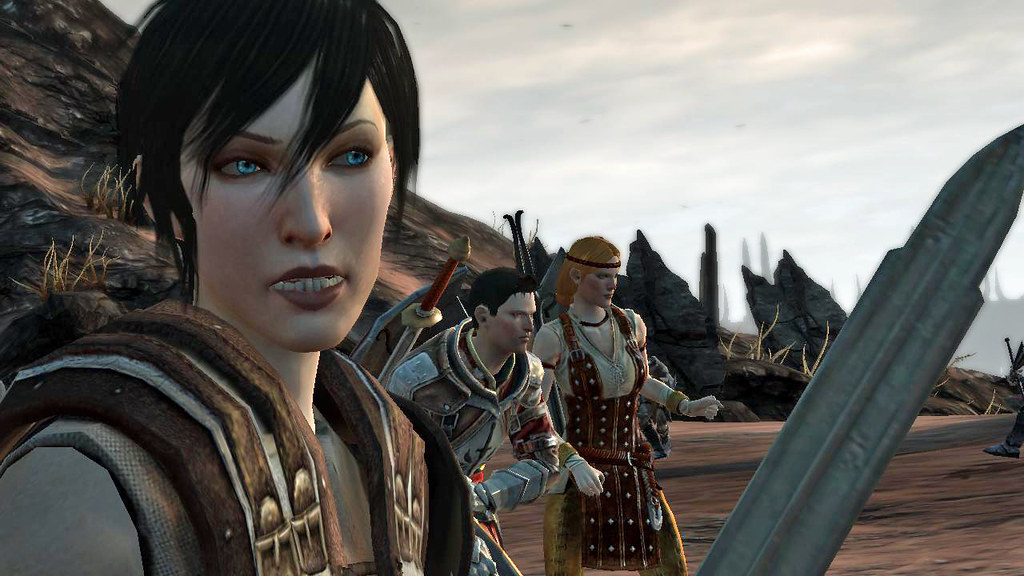 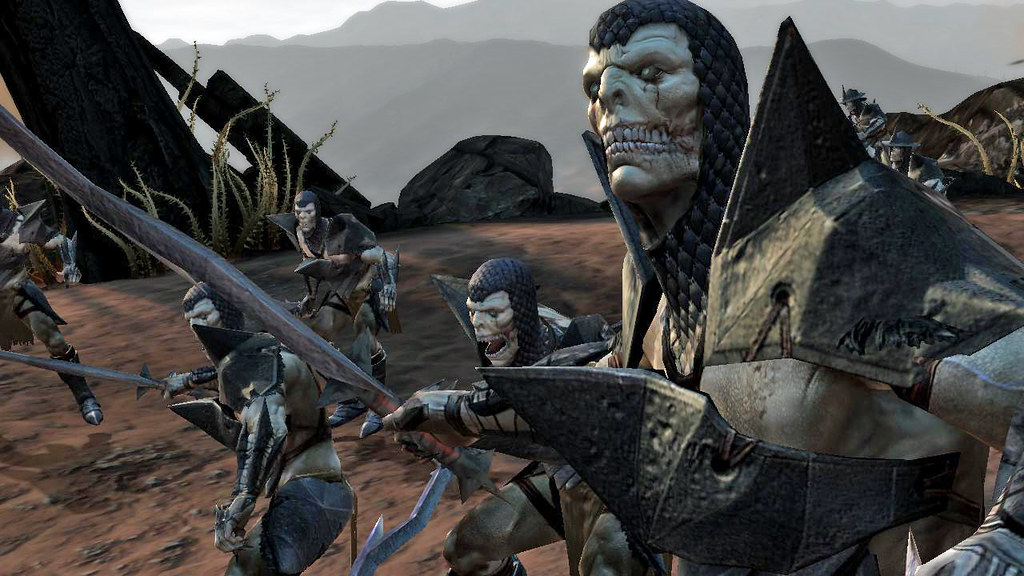 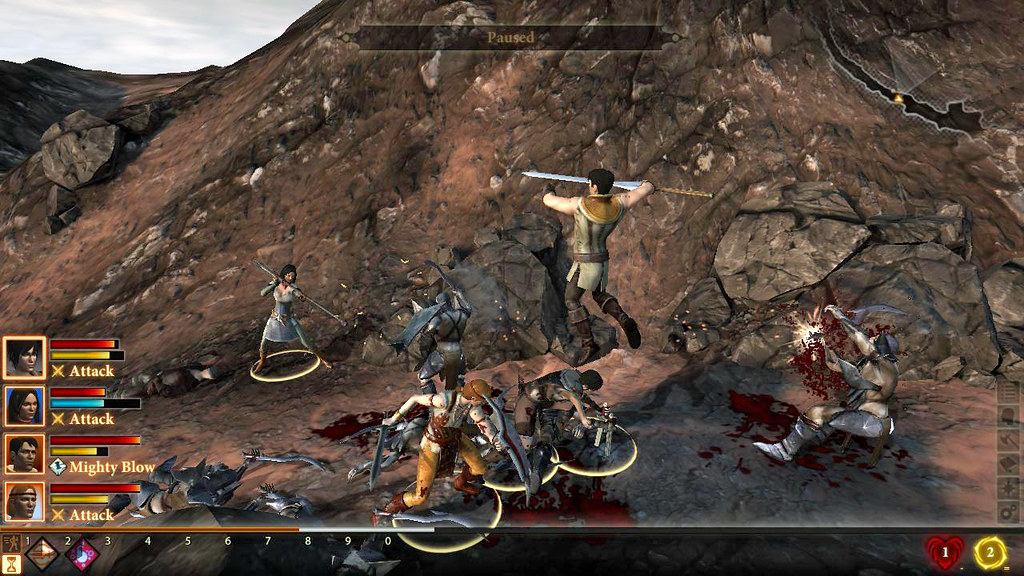 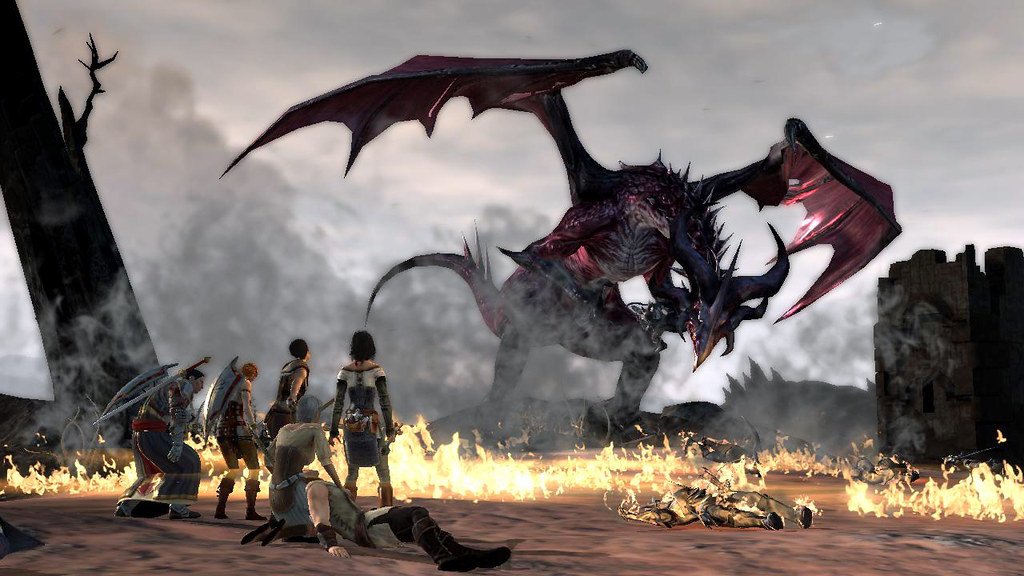 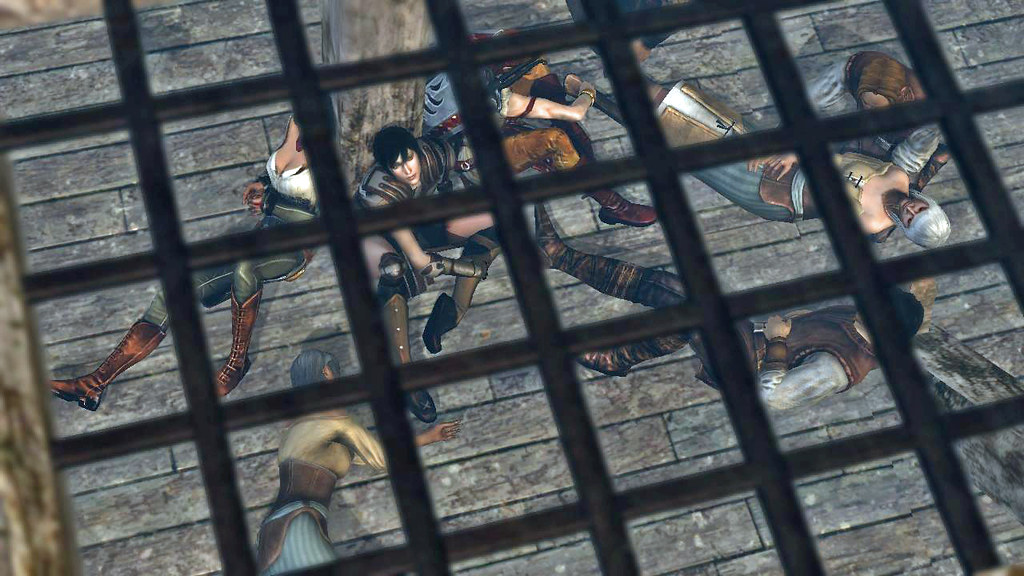 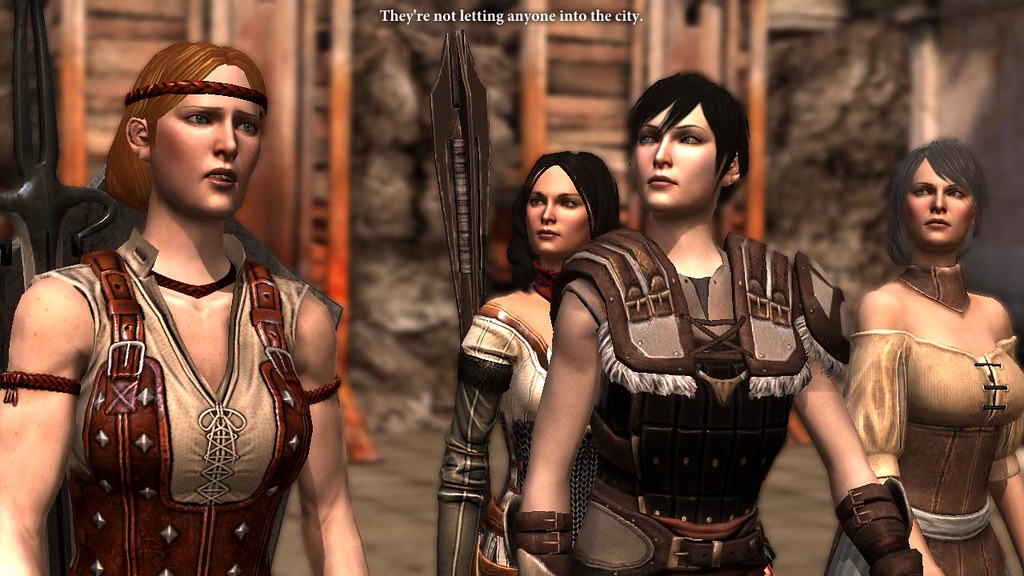 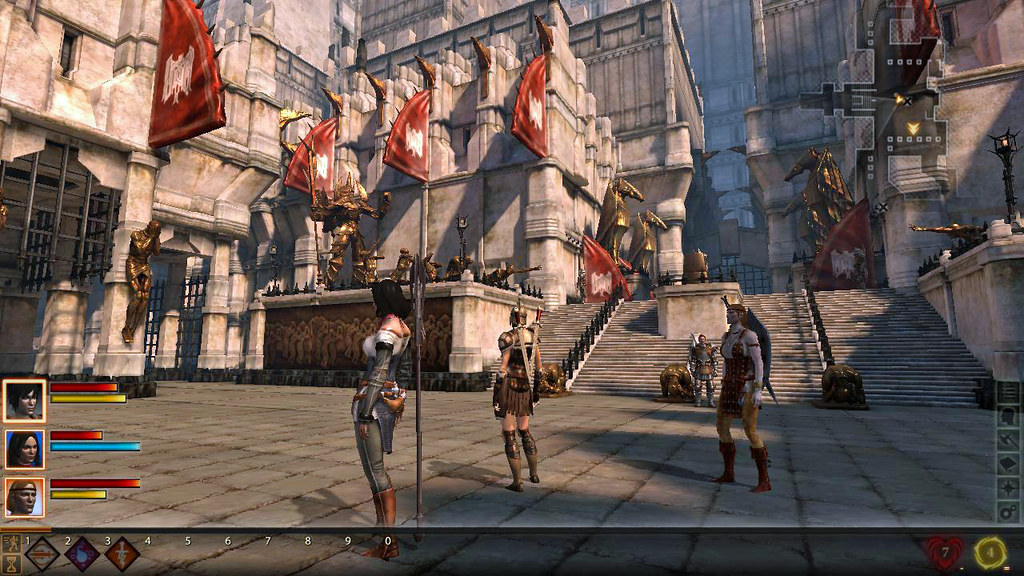 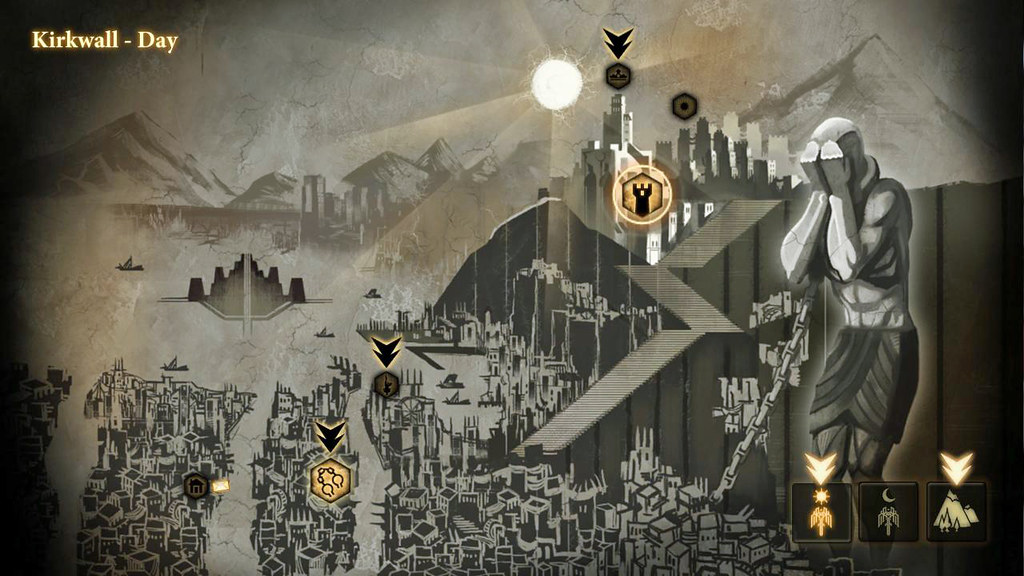 The player assumes the role of Hawke, a male or female human mage, warrior, or rogue who is driven from his or her homeland of Ferelden by the blight the Hero of Ferelden battles in Dragon Age: Origins. Hawke arrives in the city of Kirkwall as a refugee of no status, survives and flourishes into a legendary champion over a decade of personal and political conflict.

Of the Dragon Age trilogy, I played this one last and I lost interest halfway through for about a month or more before returning to complete it. The main plot is engaging, the combat flows well and the graphics are aesthetically pleasing. What began to frustrate me is the constant recycling of the same settings throughout the game; the same areas were used over and over again as the years progressed, although with no physical changes. That being said, I am extremely pleased with how well the end of Dragon Age II leads into Dragon Age: Inquisition. If you have the time and the patience, it’s worth playing in chronological order.

Game #2 of 2022 is Guardians of the Galaxy! My first exposure to the Guardians of the Galaxy characters has been through Disney’s Marvel Cinematic Universe and I love it so much it’s left me skeptical to try a whole new set of portrayals, but I was wrong, this cast is also perfection in their own right!
Book #3 of 2022 is Smoke Bitten by Patricia Briggs. Does anyone else crave chocolate chip cookies when reading the Mercy Thompson series? I feel like she bakes at least one batch (or intends to) in every book. Excuse me while I go bake some!
Book #2 of 2022 is A Slow Fire Burning by Paula Hawkins. I should say listening/reading? I listen to books while doing chores and walking to multitask. Girl on the Train was excellent, I need to re-read Into the Water, and this book is shaping up to be excellent as well!
Never-before-seen Movie #2 of 2022 is Pixar’s Luca! Zoey and I watched this one together. The movie was adorable and now I will always have fond memories of Zoey’s cuddles while watching it!
Merlin’s soft ginger cookies from Disney’s The Sword in the Stone!
Book #1 of 2022 is Storm Cursed by Patricia Briggs. I started reading this and thought…”this is very familiar…” Come to find out, I read this right around when Zoey was born and I cannot remember what happens so it’ll be a surprise all over again!
Game #1 of 2022 is Red Dead Redemption II! This is the third time I’ve started this game over and third time’s a charm! To be clear, I’ve never finished the game before. I would start, get overwhelmed by how much there was to do, get sidetracked by another game and then forget how to play! But I have a good feeling about this playthrough!
I am a positive gamer and this is a safe space for us all to express our love for games without negativity!
Never-before-seen Movie #1 of 2022 is Encanto! I was going to start with less recent movies first, but everyone has been gushing about Encanto, and for good reason! One of my favorite characters is Julieta, but I really like each character for different reasons!