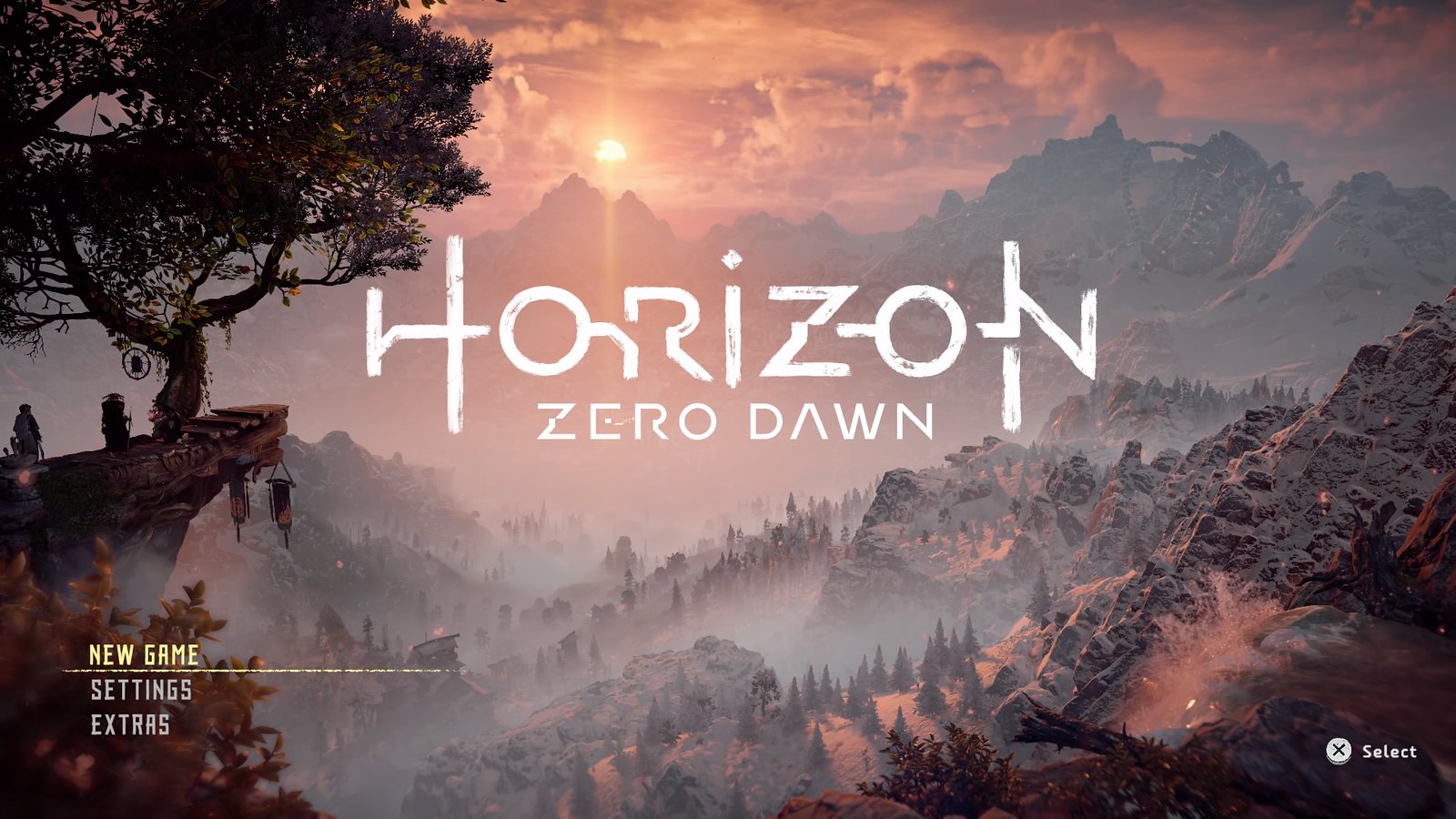 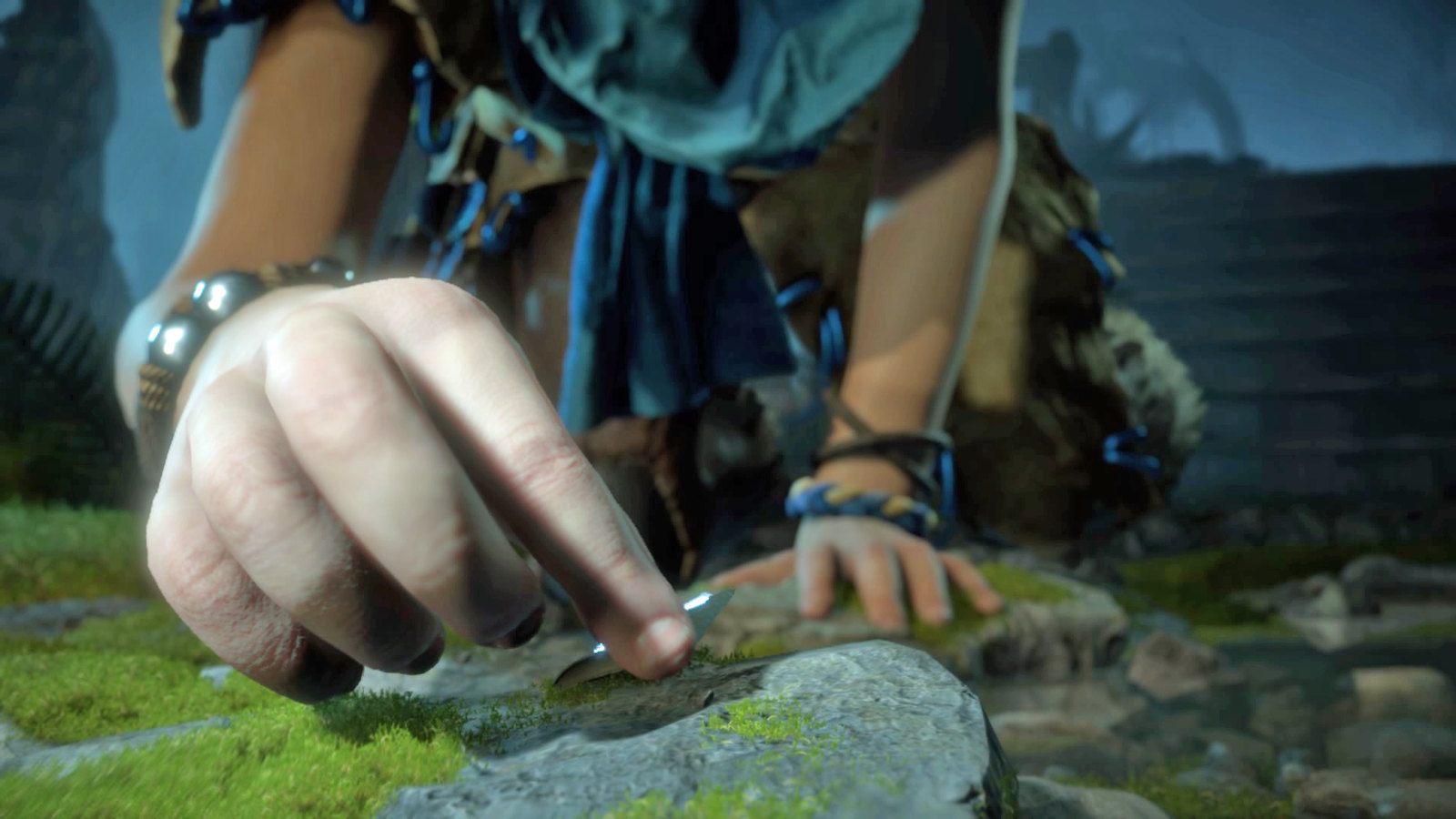 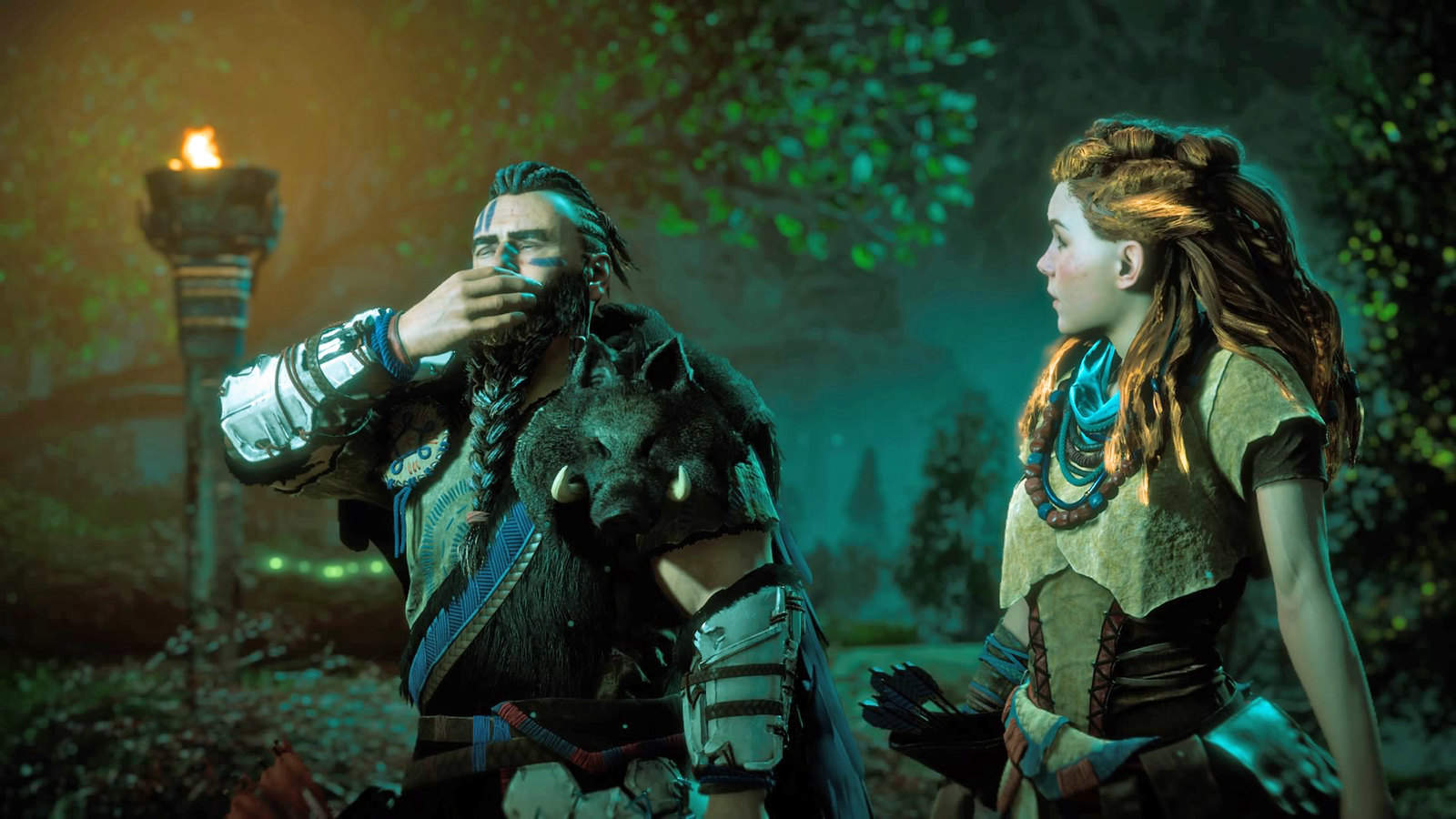 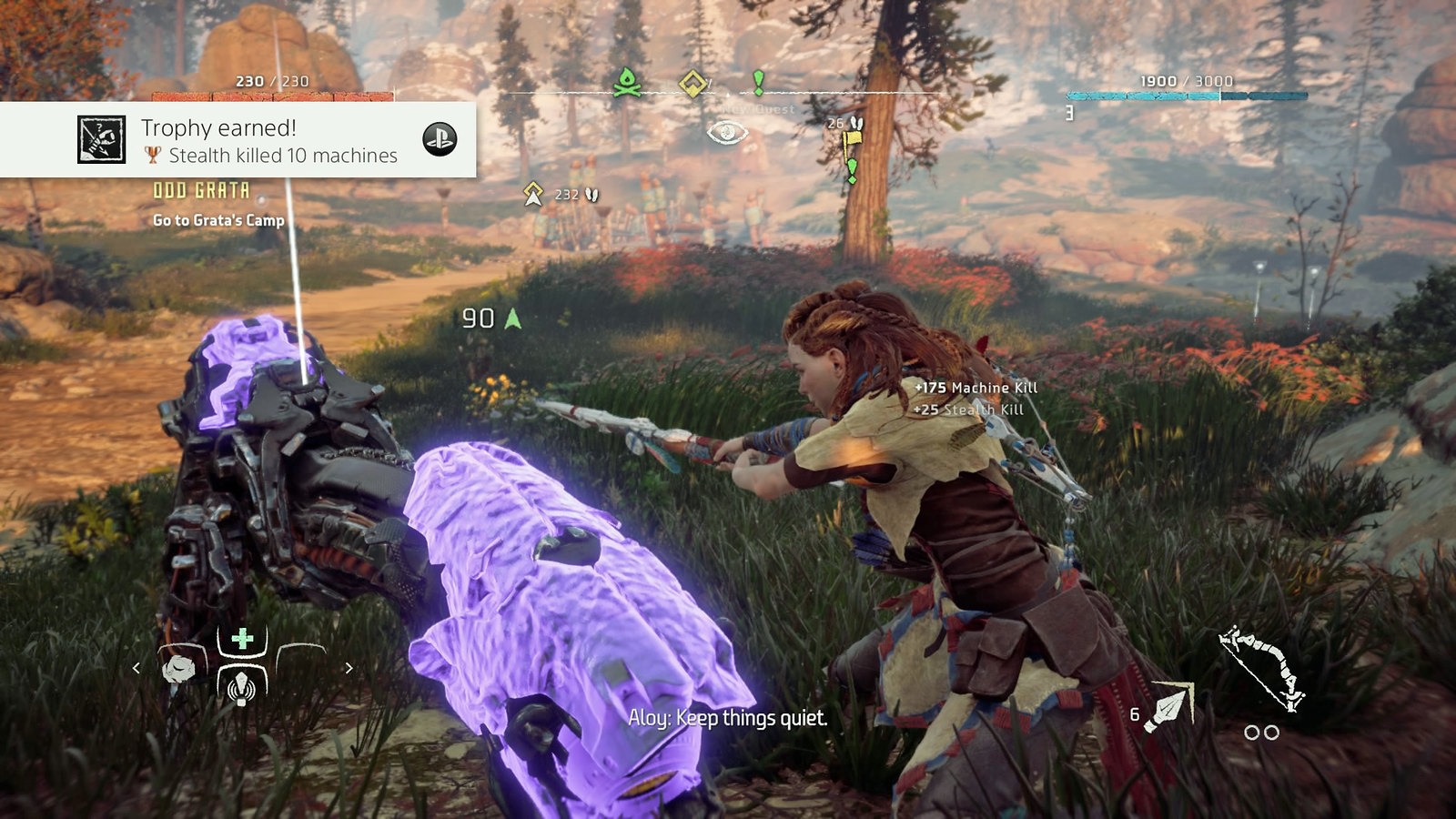 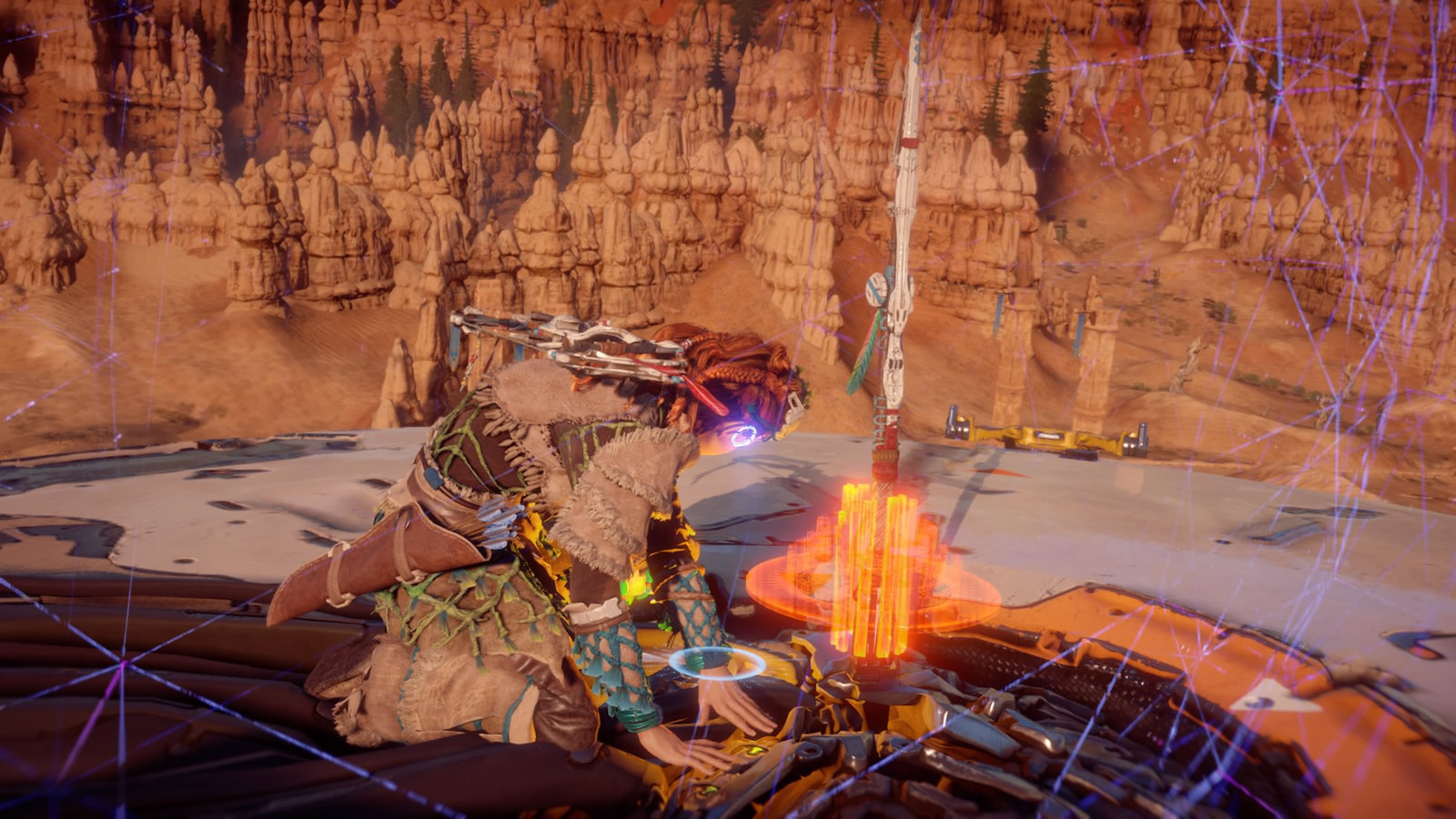 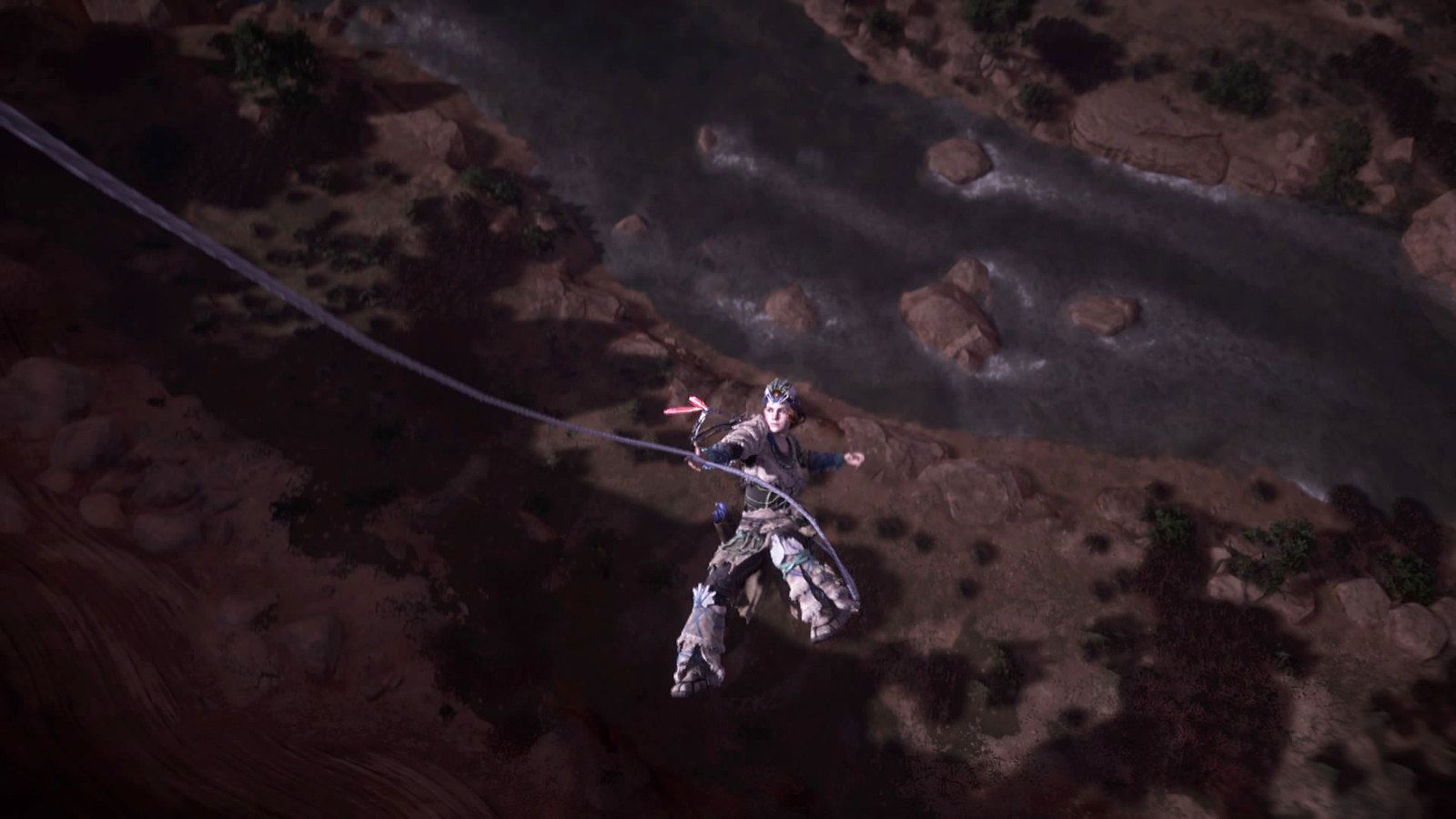 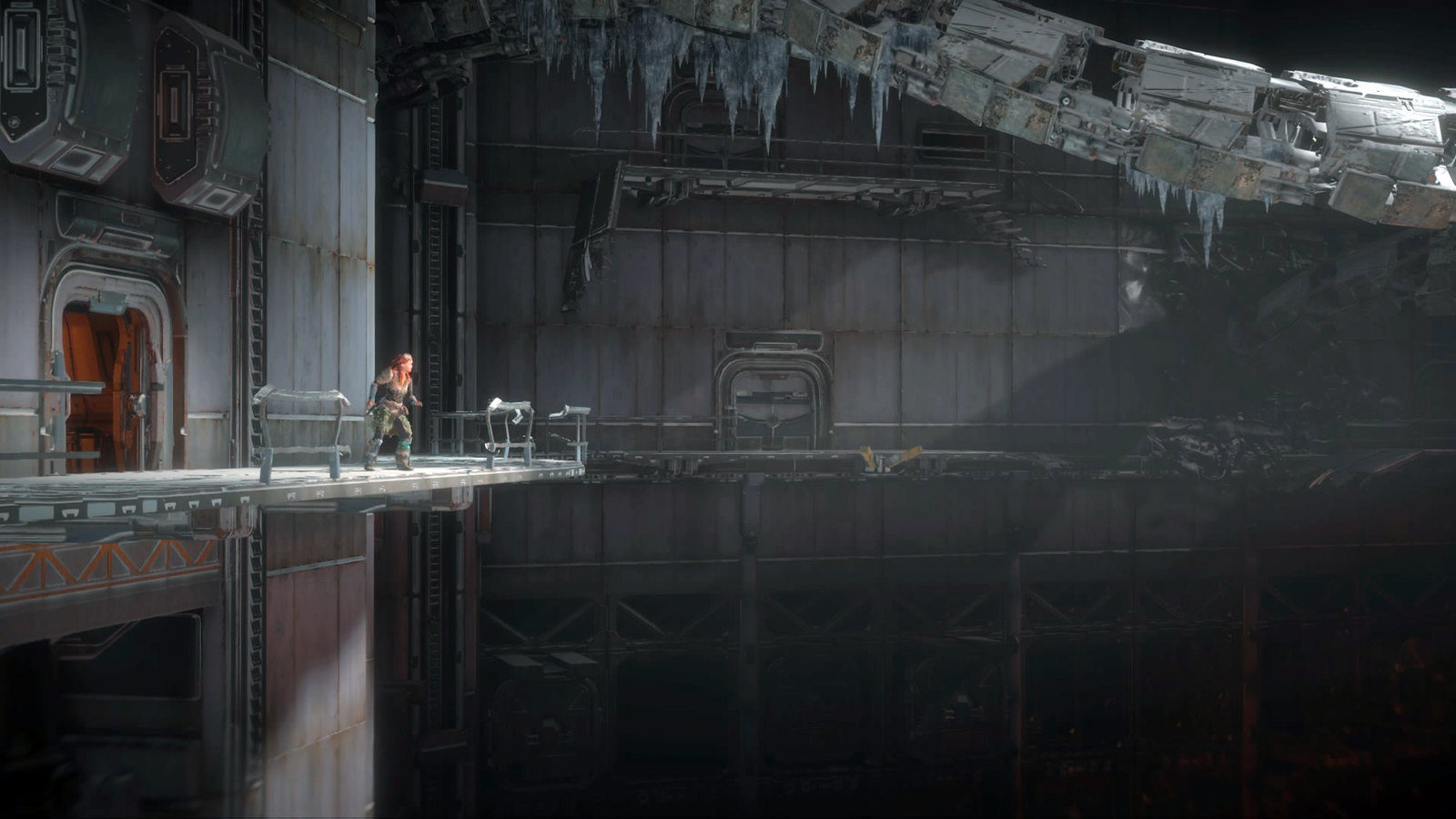 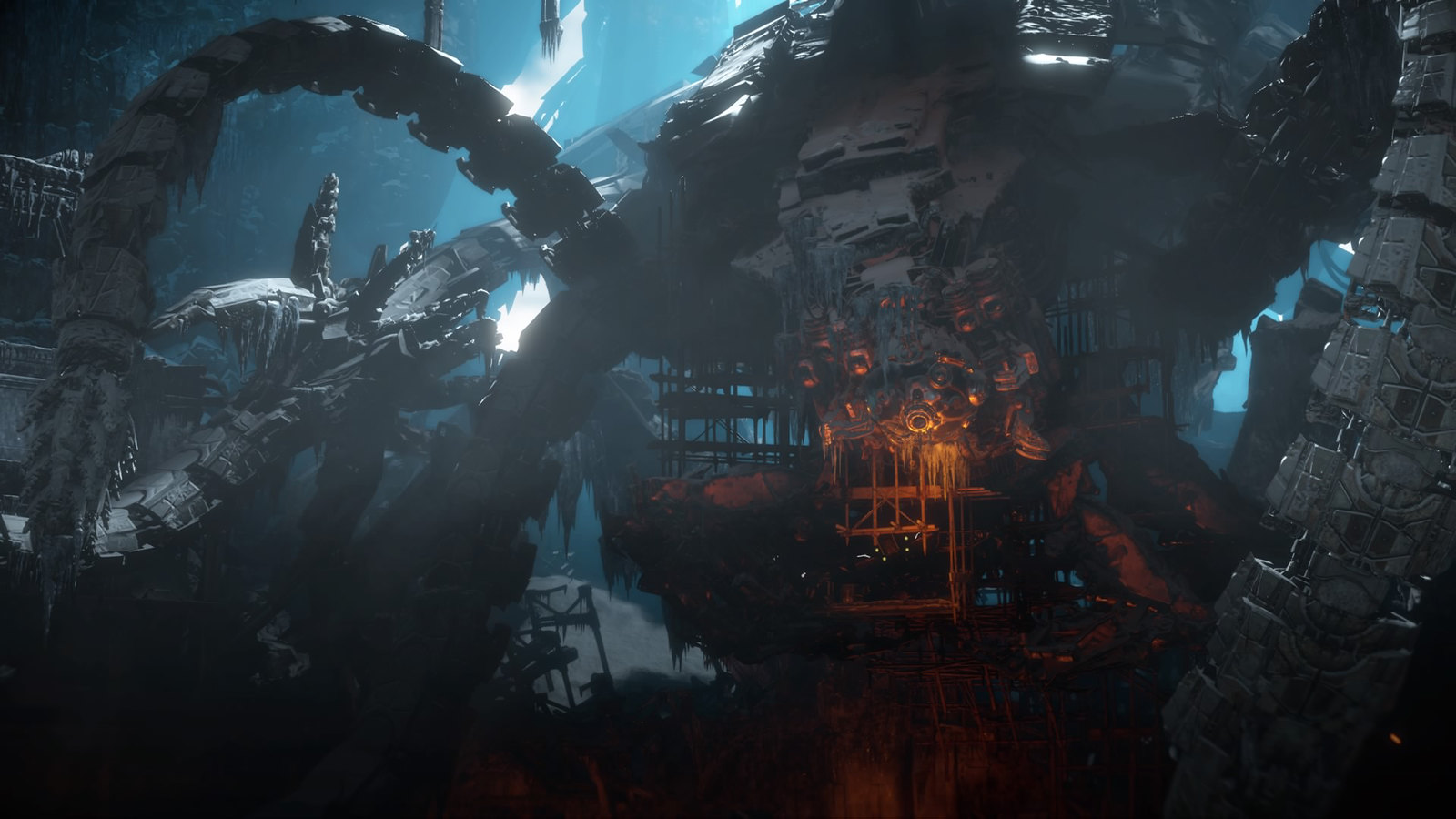 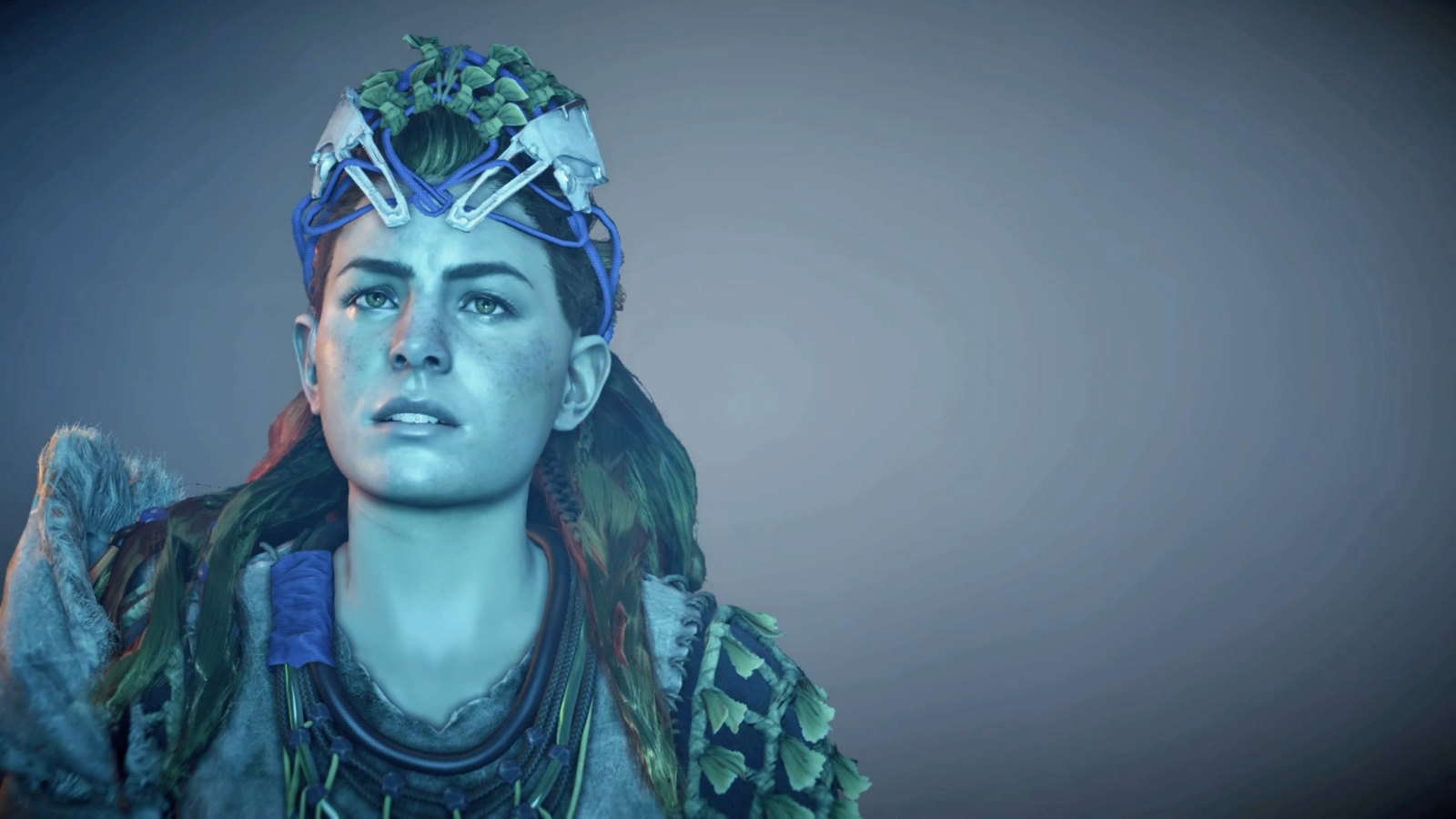 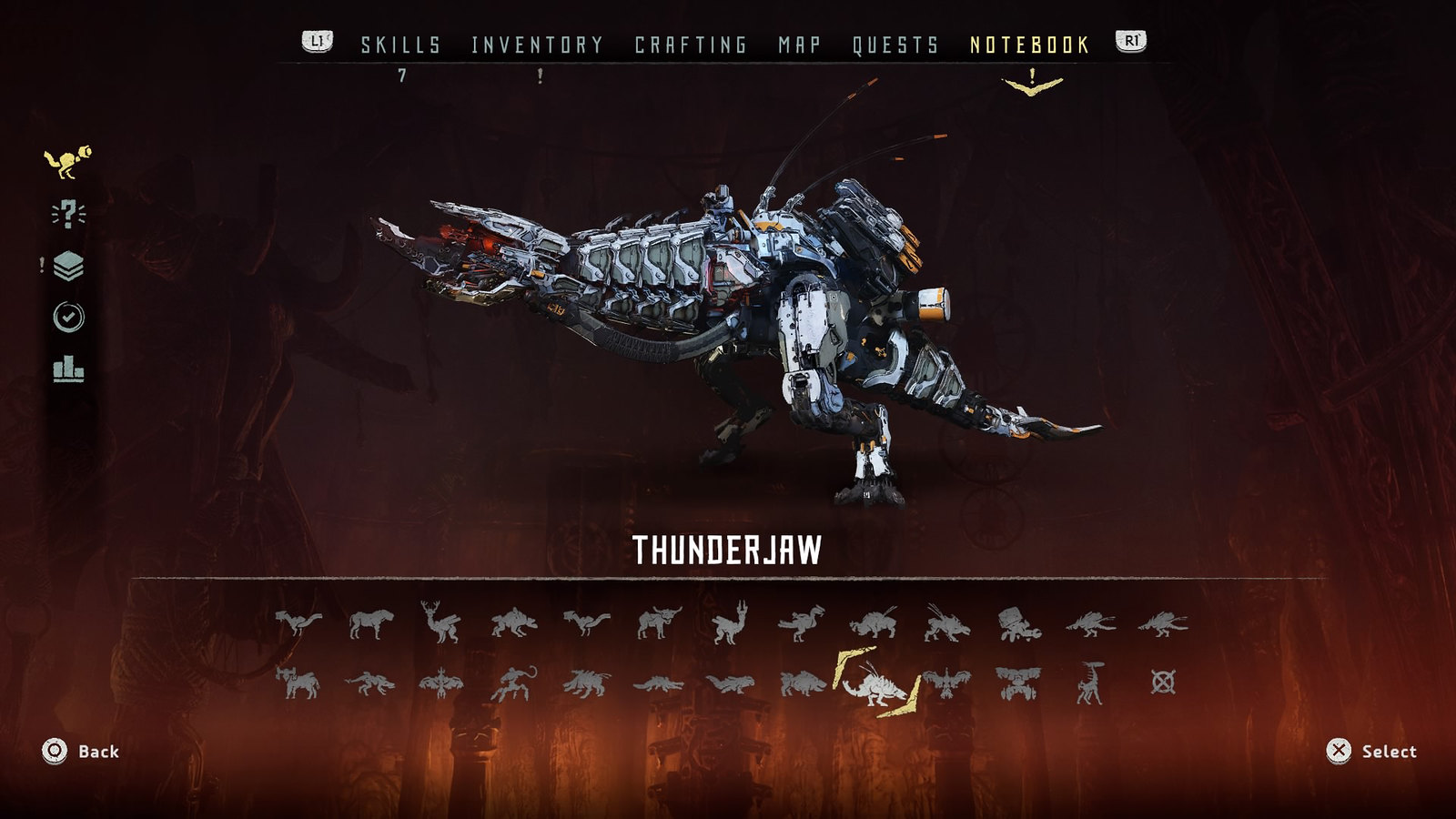 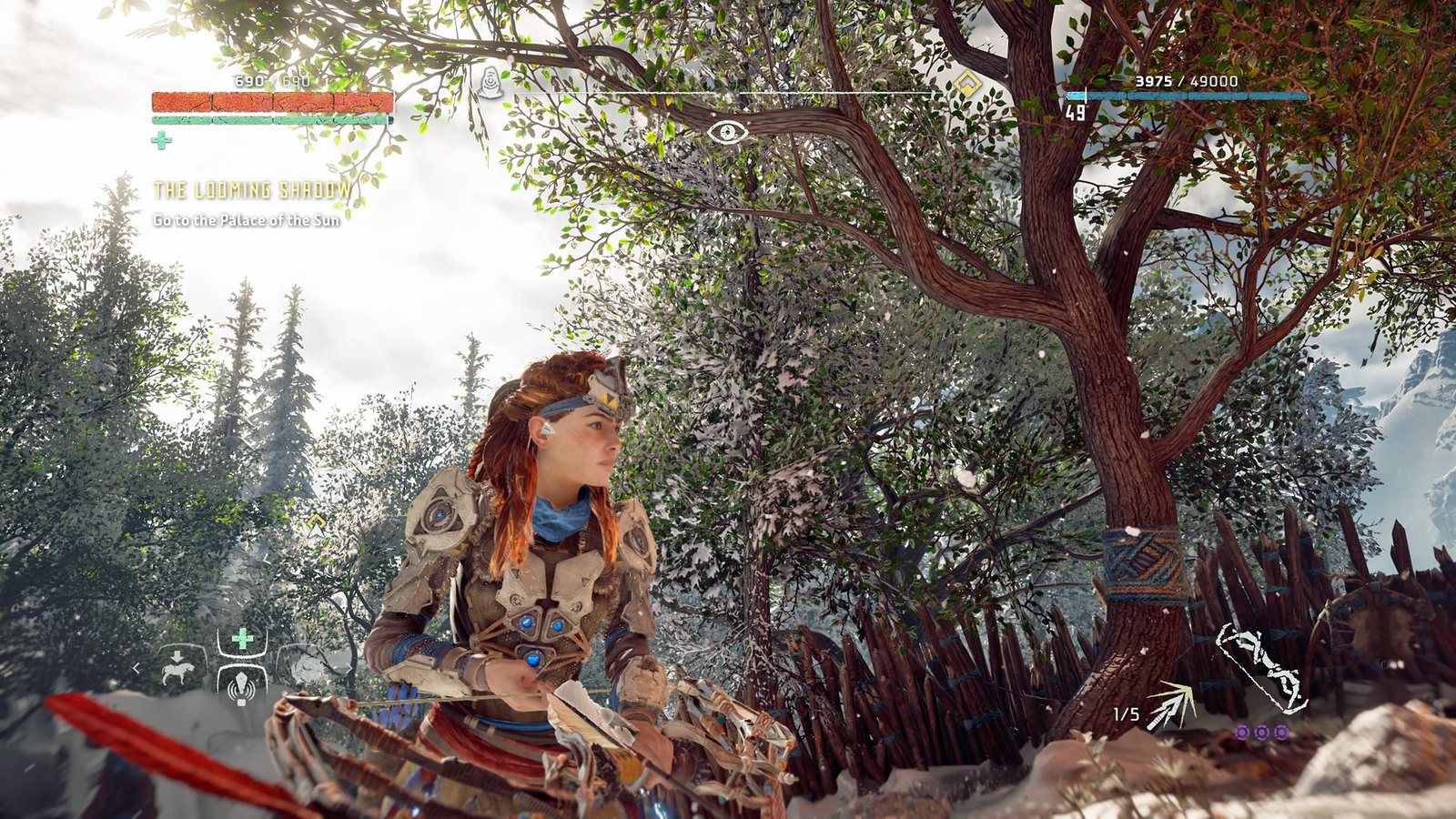 Set in the distant future, the humans of earth have regressed to primitive tribal societies while large robotic creatures (whose characteristics are inspired by animals and dinosaurs we are familiar with) dominate the earth. These machines peacefully coexisted with humans until a phenomenon of unknown origin turned the existing machines aggressive towards humans and larger more dangerous species to appear. Armed with a variety of ranged weapons, a spear and other stealth tactics to combat humans and mechanized creatures, the player controls a young warrior named Aloy, as she sets out to discover the truth of her origin.

I love how refreshingly unique the plot of this game is; I don’t believe I’ve played anything quite like it. The gameplay mechanics are pretty standard, with favor to the stealthy (that’s me). I reduced the game’s score by one point due to my frustration with the music that plays on the menu screens. After awhile I found myself muting the television whenever I needed to spend any amount time on the menu screens, which are used often for buying (items cannot be bought in stacks), selling, crafting, leveling up, examining the quests, the map and so on. This is only a minor grievance though when you compare it to the enjoyability of the game as a whole.

Zoey’s first bookstore experience with @bfwonderwoman at #nanspreownedbooks was a success! Although I don’t quite know how to tell her that not every store has two kitties to meet and greet her!
Zoey’s first trip to the #avilavalleybarn was a success! She fed all the animals, went in a hayride, met and rode Peaches the pony, and acquired a chicken plushie! We got home and she told us one of her highest stamps of approval, which is “one more time!” So we’ll make it a point to visit again soon!
I loved dinosaurs as a child and quite honestly I still do! I see that interest piquing in Zoey too and of course I’m going to encourage it!
I created some dinosaur eggs for Zoey to find and open/excavate!
I love this child! She loves going outside and picking flowers so much! I’ve put in a request with the Easter 🐰 for a flower press so we can save some of them and make some neat crafts!
Game #7 of 2022 is Until Dawn! I’m still chipping away at Elden Ring, but I need a break from time to time, so insert Until Dawn! I’m usually not in to horror games, but this was really good! I succeeded in getting everyone to survive the night!
Book #7 of 2022 is American Demon by Kim Harrison!
Game #6 of 2022 is Elden Ring! This is my first game of this type; I can’t say I hate it and I can’t say I love it. It is beautiful, yet grotesque. It’s mind-numbingly frustrating one moment, then intensely gratifying the next. I am conflicted, but I keep going back for more!
Game #5 of 2022 was Horizon: Forbidden West! I’ve been so quiet because I’ve been playing this in most of my spare time! There’s a lot to it and I definitely haven’t finished collecting everything, but I finished the main story and I loved it!