This recipe is featured when Robin Hood is discovered at Prince John’s archery competition and a fight ensues. One of the Sheriff of Nottingham’s henchmen, Trigger the vulture, is hiding out in a pie booth surrounded by these pies.

Note to self: Blackberries have seeds! This pie is sweet, tart and delicious, but there are seeds from the blackberries that startled me before I expected them! You could strain the seeds out by forcing the blackberries through a sieve. This recipe calls for whole berries, but you can adjust accordingly if the seeds throw off your groove! 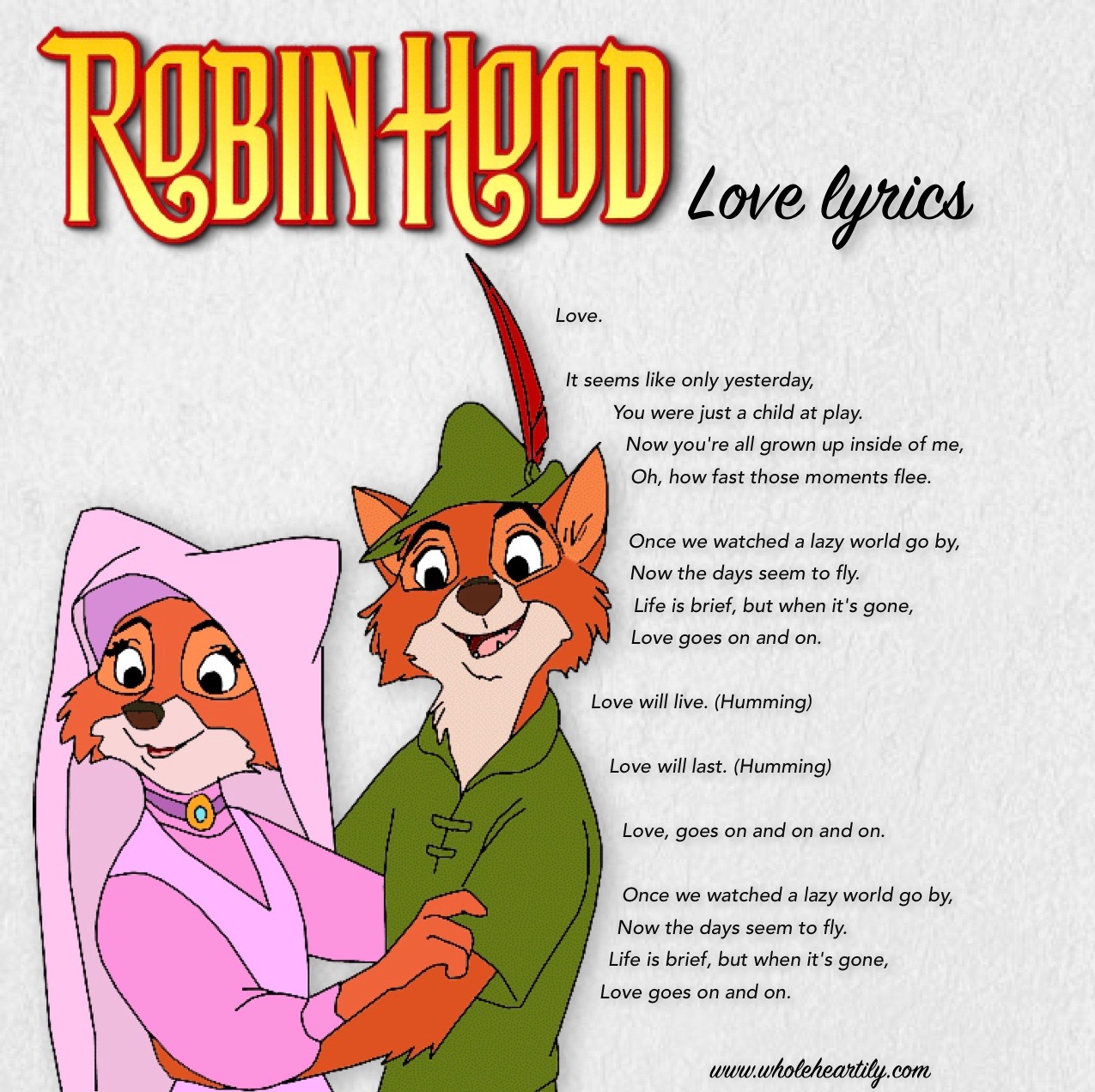 I love singing to Baby Zoey and she loves being sung to! I used to know all the songs from Disney movies by heart, but I’m a little rusty. I’ve started making lyric pages to refresh my memory or teach me new songs I’ve never known!

This song, “Love”, from Disney’s Robin Hood is calm and soothing. I typically sing this to her or play it for her as we’re winding down before nap-time or bedtime.

Please feel free to save these for quick reference, and let me know if there are any songs you would like to see lyric pages for!

This recipe is featured when Robin Hood and Little John are taking a break in the woods. Unfortunately Little John leaves Robin to tend the stew, and Robin starts daydreaming, effectively burning the stew (don’t worry we won’t burn ours). Friar Tuck shows up while Little John is trying to salvage the food; he tries the stew, coughs a bit, and comments “well done, ain’t it?”

I love a good, hearty stew! I thought burning it would be in poor taste (#momjoke), so I kept an eye on it. I also feel like Little John takes pride in his cooking so I kept it simple based on ingredients they may have been able to obtain, but not so simple as to insult his enthusiasm.

Ring for a smile!
Currently playing Ghostbusters: The Video Game by Terminal Reality!
I’ve compiled a list of family friendly Halloween children’s books, ages 0 to 5! If I’ve missed any of your favorites for this age group, please let me know!
Currently playing Lost in Random by Zoink!
Currently reading Lord of the Flies by William Golding!
Hen Wen’s Apple Porridge from Disney’s The Black Cauldron!
Peeling and slicing the apples for some apple porridge!
Our next recipe is from Disney’s The Black Cauldron!
My AncestryDNA results! The Scottish heritage pleasantly surprised me, I had no idea! I feel inspired to create a family tree now!